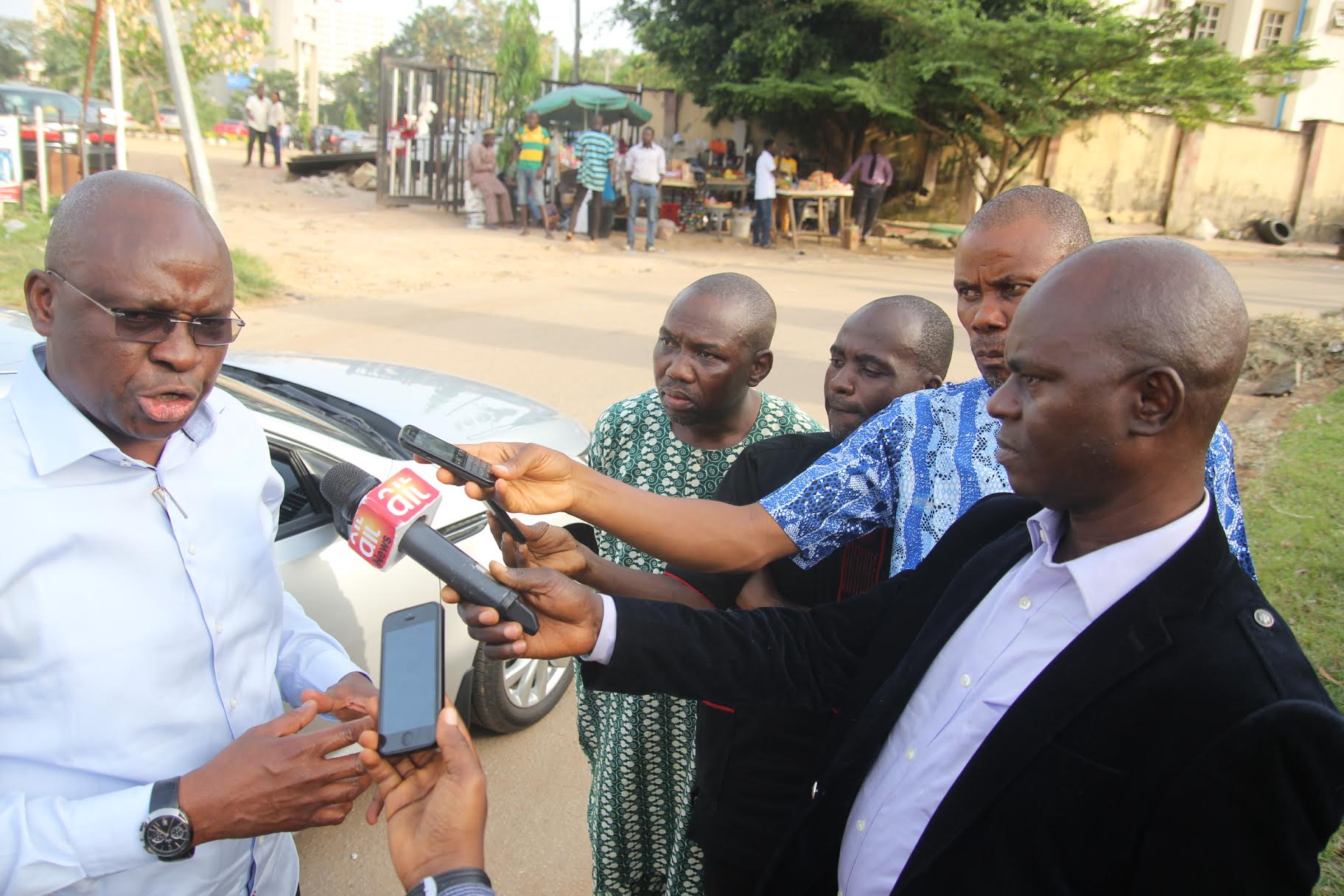 Fayose, who spoke with journalists after the visit, condemned the continued
detention of Fani-Kayode despite the fact that he had earlier been granted
bail by the court,saying that the action of the EFCC was vendetta

Governor Fayose however disclosed that Fani-Kayode was in the good spirit
when he met him but declared that he  could not attest to “how the state of
his accommodation is” as they only met inside an office within the EFCC .

He called on the Federal Government and the EFCC to stop playing god and
allow the former minister to enjoy the bail earlier granted to him by the
court.

According to Fayose, “the continued detention of the former minister was to
demoralize him but unfortunately, the man was in high spirit when I met him

“He is not worried, after all, a man must be brave. We shared prayers
together that this persecution will come to pass and it will surely come to
pass”.

Speaking On his mission to the Commission, said “I am here to visit and
identify my friend, Chief Fani-kayode. I came into Abuja yesterday and I am
being my brother’s keeper, and I felt that within the 24 hours that I will
spend in Abuja I have to visit him

The governor hinted that former Minister would be charged to court on
November 10.

He said  “it is obvious that the commission has made up their mind on
charge him on the November 10. And it shows that they have made up their
mind even before I visited him. He has been granted bail before and I would
have expected them to allow him to go and come back since he didn’t run
away. So I just believe that this over zealousness will cease and get
better.”

Speaking on his  concerns over recent spates of high profile visits to the
anti-graft facility he said  ” these people are only accused. an accused
person are at liberty to be visited even people convicted are to be
visited. They are human beings it is their right to be visited.

“Are you saying that people should be locked away without access to family
and friends that would be abuse to human rights. There is a difference
between being accused and found guilty. After from that even if you are
found guilty people still have a right to visit you”, he stated