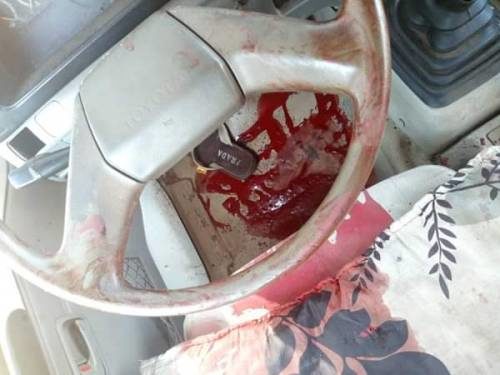 Players of FC Ifeanyi Uba have been attacked by armed robbers operating along Kabba Road near Lokoja in Kogi State.

A statement by the management of the club on Friday said that the players were travelling to Kano for their scheduled NPFL matchday 6 fixture against Jigawa Golden Stars when they ran into a group of armed robbers dressed in NYSC uniforms.

Driver of the bus conveying the team was said to have been shot while some members of the coaching crew and players were critically injured.

Some of the victims were said to be receiving treatment at an undisclosed hospital in the state.

The statement reads,  “This is to inform the general public that at about 1:30pm today,  players of FC Ifeanyi Ubah travelling to Kano for their scheduled NPFL matchday 6 fixture against Jigawa Golden Stars ran into a group of armed robbers dressed in NYSC uniforms near Lokoja in Kogi State.”

The club called on the government as well as football regulatory bodies including the Nigerian Football Federation and League Management Company to intensify security on roads across the country.