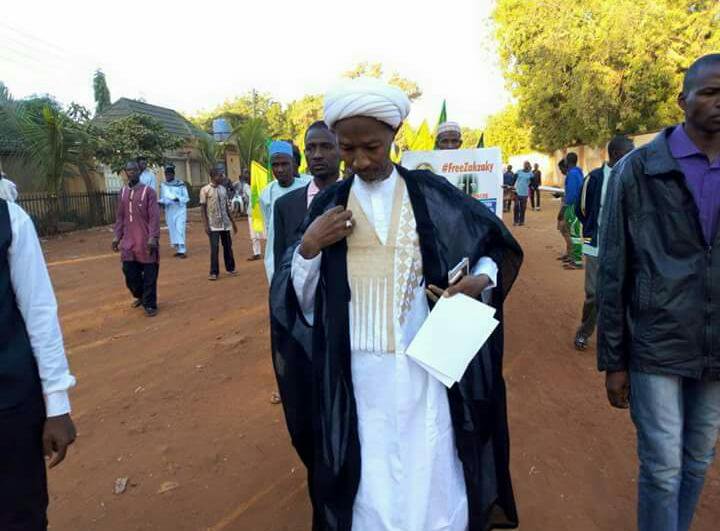 As a leading figure in the Islamic Movement, Sheikh Qaseem Umar is laid to rest in his home, Sokoto today 07/02/18, we unequivocally announce to the world that the federal government must bear responsibility for his death since he was shot by its agents while peacefully protesting the illegal detention of Sheikh Zakzaky – the leader of the Islamic Movement in Nigeria.

Plain cloth policemen acting on a tip off, identified and shot him at close range in Abuja, breaking his right thigh. He was taken to a private facility in Kano to receive treatment. However, he became a martyr on Monday 05/02/18 due to the injuries from that shot. This brings to at least three the number of persons the police killed on that day alone while engaged in a peaceful free Zakzaky protest. Two others had previously been buried. Several others escaped with varying degrees of injuries.

The Federal High Court in Sokoto had ruled, only a few days ago, in the case instituted by Sheikh Qaseem, that it is within the constitutional rights of members of the Movement to practice their faith without hindrance or molestation by the government or its security agencies or their proxies. However, the security agencies continue to trample on these rights with impunity and reckless abandon. This is completely unacceptable and must have to stop.

We therefore hold the Buhari government as directly responsible, and the world must hold them to account. Let it be made known to them that wanton extrajudicial killings won’t deter us from pursuing the goal he was after during the peaceful protest. It will only strengthen us and make us persevere in the face of more provocation and intimidation, till our demands are met; namely the unconditional release of our Leader, Sheikh Ibraheem Zakzaky and his wife Malama Zeenah Ibrahim as ordered by a federal high court since December 2016.