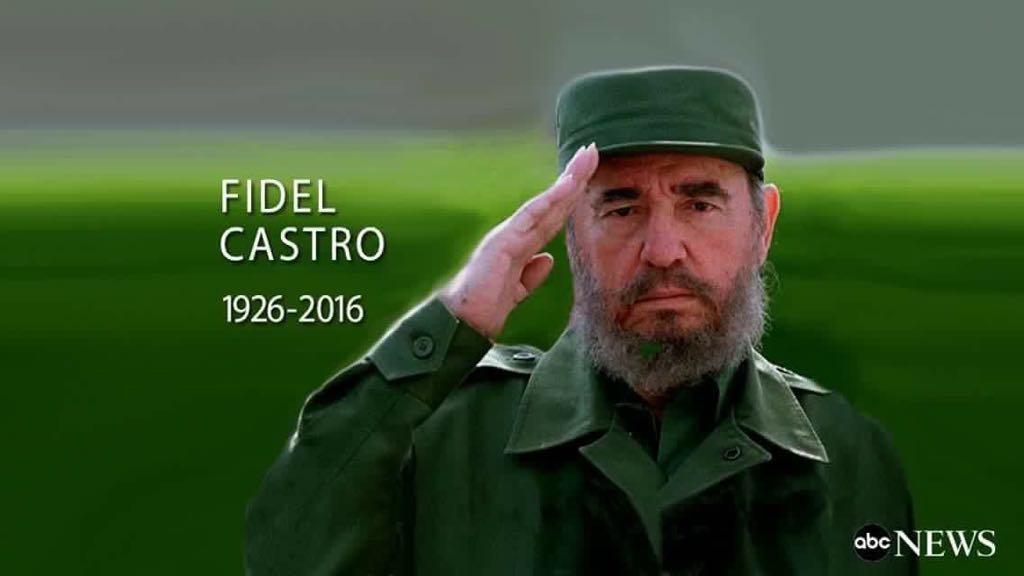 Finally, ElCommadante goes home. Fidel Castro is dead. Loved by millions, despised by few, a towering figure of great historic proportion. The last revolutionary standing from among a generation that is fast fading beyond recalling.

A true friend of Africa, apartheid-dismantler, and supporter of anti-imperialist struggles big and small, from Latin America to Asia, Africa to Palestine!

No amount of eulogies and elegies could adequately express the true significance of Fidel’s life, death and legacies. He’s a man who has seen it all, who has outlived his enemies. All on his own terms.

Above all, Castro had the honor of foreseeing his own demise when he told the Cuban Congress in April this year about his impending death, assuring that the revolution and everything he stood and fought for will continue to live.

That is the sense of satisfaction and fulfillment for a man who is fond of saying La historia me absolver (history will absolve me). Today, after withstanding the longest blockade in modern history by the world’s superpower, Cuba has one of the best and most universal education and healthcare system, with literacy rate at 99.7%, far ahead of some of the world biggest and richest economies and democracies.

There is no doubt that history has vindicated Castro even in his life time, despite the desperate efforts of his enemies to rewrite it.

Good night, Commandante! To us Africans, you are a hero, and hero you remain till the end!