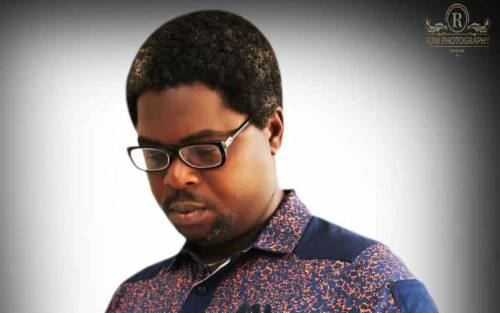 However, funny how times flies, Fayose, after inflicting electoral injuries on the psyche of Ekiti people now mounts the podium, preaching against election rigging. Saint Fayose now goes about preaching rule of law, good governance, free and fair elections. He wants to be seen as a Saul who has given up his persecution of Christians and turned to Paul.

As a student of a missionary school, Roman Catholic Primary School to be precise, I learnt early enough the story of Paul the Apostle. Saul, who later became Paul, was born around the same time as Christ. He was sent to the Jewish school of learning at Jerusalem to study law. After his studies, he returned to Tarsus but soon after the death of Christ he returned to Jerusalem where Christianity was becoming wide-spread. Saul was a key player in the persecution of Christians. However, after his encounter with Jesus Christ, on his way to Damascus to persecute some suspected Christians, Saul became converted and this conversion changed the course of his life.

In Ekiti, there is one Saul that is daily struggling to become Paul. In the case of this Saul, he does not need an encounter with Jesus Christ to become a born again because he is not out to preach the Gospel of Jesus Christ, but that of politics. He won’t even become anything close to Paul Apostle because his name was never Saul in the first instance. He was Peter Ayodele Oluwayose, who later said his father; Pastor John Oluwayose erred by replacing Ifa (god of divination) in his name with Oluwa (God).

For over three years that Ayodele Fayose was the governor of Ekiti State; he was everything but a democrat. Rule of law, free and fair election, political tolerance and respect for traditional institution was anathema to him. Those of us who dared him then had bitter tales to tell. For instance, just because I was courageous enough to expose his N1.4 billion poultry scam and other atrocities, using a local newspaper, he (Fayose) obtained a warrant of arrest against my good-self and made arrangement with ‘’boys” in the prison to break my legs in detention. I escaped the arrest by whiskers. The arrest warrant saga was confirmed to me by the judge, who signed it. I had gone to the judge to sign a form, when he saw my name and exclaimed; “this world is indeed a small place. I signed your arrest warrant in 2005 but I thank God today because my conscience is clear. I vacated the order a week after without letting Fayose know about it.” The judge is still alive!

Fayose waged war against anyone he perceived as a threat to his hold on power. Even his own siblings were not left out. Ask Bimpe and Emmanuel, they sure still remember what they went through in the hands of Fayose, their own brother.

In Fayose’s days as governor, there was nothing like free and fair election in his electoral dictionary. Elections to him must be won by whatever means possible and that he demonstrated during the 2004 local government elections in the State, May 28, 2005 councillorship bye-election in Ifaki-Ekiti, Ekiti South Federal Constituency II bye-election among others.

Interestingly, the local council elections were conducted by the State Independent Electoral Commission (SIEC)– members of which were appointed by Fayose himself.

In the case of the local government elections in Ekiti South West Local Government, which was held on April 3, 2004, Senator Olowoporoku, whose wife, Anike was the All Nigerian Peoples Party (ANPP) candidate gave the following account; “By the midnight of 2nd April, 2004 we heard that soldiers had invaded Iyin Ekiti, the home of ex-Governor Adeniyi Adebayo and had put former Governor Bola Tinubu of Lagos State and Ex-Governors Osoba of Ogun State and Niyi Adebayo of Ekiti State under arrest of no movement in and out of the compound in a state of incommunicado.

“By about 9.00 a.m, people were ready to go and cast their ballots despite the war songs of the armed forces all over the town throughout the night. Their resolve was to go and vote in spite of the reported heavy presence of soldiers and mobile policemen in the town. Several people were on the queue to vote by 10.30a.m when Mr. Ayo Fayose suddenly emerged in sleeveless shirt and knickers with a terrifying sword and also in convoy of about 80 vehicles. His eyes were red like a monster who has just finished drinking blood. Soldiers and “kill and go” (mobile policemen) in hundreds started shooting into the air, asking everybody to run for their dear lives. People ran away, any presiding officers or agents whether of PDP or AD or ANPP or NCP who attempted to protect the ballot boxes were beaten to a state of coma or in a number of extreme cases, they were shot in the legs.

“In a rage and something more than madness, the governor Mr. Ayo Fayose was overheard shouting “where is Bode Olowoporoku, I want to kill him, I have immunity for eight years as Governor of Ekiti State.”

But if Fayose’s show of madness on April 2 and 3, 2004 actually shocked the nation as reported by The News Magazine, what he did on May 28, 2005 must have sent the whole country into a coma.

Sensing that his preferred candidate was losing the Ifaki Ward II councillorship bye-election, Fayose stormed the town with thugs and mobile policemen and in a twinkling of an eye, Tunde Omojola, an in-law to Hon. Labaika Suleiman, the National Conscience Party (NCP) candidate in the election had been killed. His murder was allegedly supervised by Fayose.

Not done with the Ifaki escapade, Fayose moved to Mugbagba, Ado-Ekiti where the Alliance for Democracy (AD) was inaugurating its Ado Local Government Executives. Fayose was personally involved in the smashing of vehicle windscreens and stealing of property, including raw cash kept in the vehicles.

However, funny how times flies, Fayose, after inflicting electoral injuries on the psyche of Ekiti people now mounts the podium, preaching against election rigging. Saint Fayose now goes about preaching rule of law, good governance, free and fair elections. He wants to be seen as a Saul who has given up his persecution of Christians and turned to Paul.

Yesterday, I read in the papers, Fayose, who used to refer to himself as the “master rigger” calling on voters to protect their votes and resist rigging in next year’s elections. In other words, Saint Fayose, who spearheaded the rigging of elections and unprecedented electoral violence when he was governor, now, wants the 2014 election, which he hopes to contest to be free and fair!

But he (Fayose) surely needs more than mere press statements. For him to be seen as a Saul who has turned to Paul, Fayose must show penitence. He must visit the families of Tunde Omojola, Dr. Ayo Daramola, nine students of the College of Education, Ikere-Ekiti killed during a mere protest, the likes of Aseweje, Ben Ogundana, Dapo Osunniyi, Kamoru Folorunso, Ojo Sunday and several others that were visited with terror during the 2004 local council polls in Ilawe, Ogotun and Igbara-Odo to seek amnesty.

Most importantly too, Fayose must go on his bended knees in front of the entire congregation of the Emmanuel Anglican Cathedral, Okesa, Ado-Ekiti, whose church’s two entrance gates he blocked with sand, gravel and gutter, deliberately dug in front of the church just because Chief Ojo Falegan, his perceived opponent, worshipped in the church.

Honestly, like Paul Apostle, Fayose can be admitted into the club of sainthood; after all, our Lord is a forgiving God. But he must be ready to show repentance by confessing that he once rigged elections, perpetrated electoral violence and persecuted opposition politicians. Until then, his quest for sainthood, by preaching free and fair elections will remain in the dustbin of morality.
– Lere Olayinka whi is currently Special Assistant on Public
Communications and New Media to Governor Fayose wrote this piece on April 14, 2014