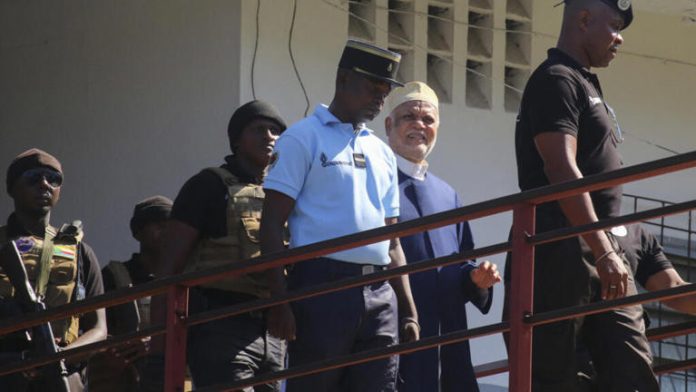 Ahmed Abdallah Sambi, a former President of Comoros has been handed down a life sentence for high treason after being convicted of selling passports to stateless people living in the Gulf.

Sambi, who led the small Indian Ocean archipelago between 2006 and 2011, pushed through a law in 2008 allowing the sale of passports for high fees.

The scheme aimed at the so-called bidoon, an Arab minority numbering in the tens of thousands who cannot obtain citizenship. The former president was accused of embezzling millions of dollars under the scheme.

The prosecution said the cost was more than $1.8 billion, more than the impoverished nation’s GDP.

64-year-old Sambi, who is an arch rival of President Azali Assoumani, was sentenced by the State Security Court, a special judicial body whose rulings cannot be appealed.

Court president Omar Ben Ali who read out the verdict which also stripped the former leader of the right to vote and hold public office, said;

“Sambi is sentenced to life imprisonment.

“The court orders his property and assets to be confiscated to the benefit of the public treasury.”

AFP reported that Sambi was convicted in absentia after refusing to attend proceedings. He briefly appeared at the first hearing, where his lawyers unsuccessfully asked the judge to recuse himself as he had previously sat on the panel that indicted their defendant.

The former Comoros President had already spent four years behind bars before he faced trial, far exceeding the maximum eight months. He was originally placed under house arrest for disturbing public order.