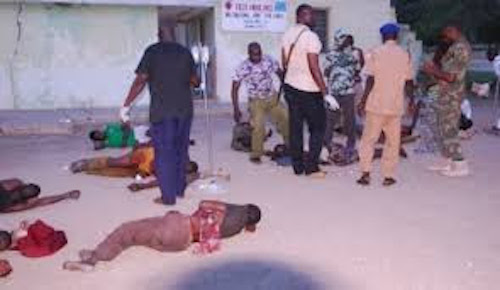 IDOMA VOICE gathered that the heavily armed herders, who invaded Alabar, the ward headquarter ridding on BAJAJ motorcycles butchered five persons inside the office.Some of the CJTF members killed were identified as.
1.Terkimbi Shimave
2.Commander
3.Sughter Gbamwuan
4.Torhile Ayom famously known as Africa and one other person yet to be identified.