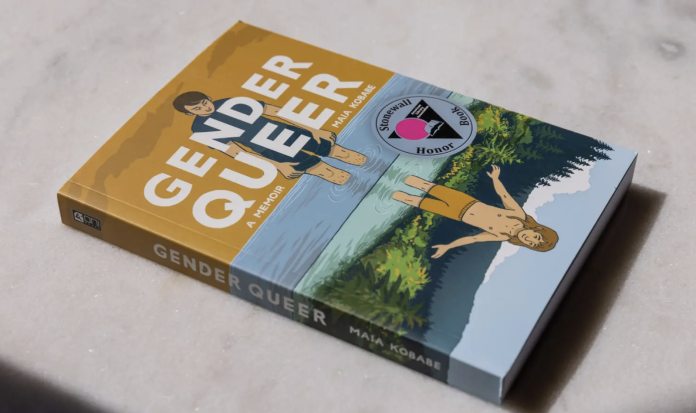 Kathy May was getting her four kids ready for another day at school in late October when she got an urgent voicemail from a friend.

“OMG, OMG, this book,” her friend said, alerting May to a book found by another parent in the library catalogue of Keller Independent School District, where their kids go, called “Gender Queer: A Memoir,” by Maia Kobabe.

“I felt sick and disgusted,” May said, recalling text messages her friend sent her showing sexually explicit illustrations from the book. She was angry that any kid could access that kind of book in a public high school without their parents’ knowledge.

The Texas Tribune thanks its sponsors. Become one.

The 239-page graphic novel depicts Kobabe’s journey of gender identity and sexual orientation. Kobabe, who is nonbinary, said it was written to help others who are struggling with gender identity to feel less alone. The book also explores questions around pronouns and hormone-blocking therapies.

May didn’t read the book, but what she saw — a few pages of explicit illustrations depicting oral sex — was disturbing to her. It took less than a day for May and other parents to get the book removed from the district. May tweeted that same day that after school officials had been notified, the book was removed from a student’s hands.

“Gender Queer” has become a lightning rod both nationwide and in Texas among some parents and Republican officials who say they’re worried public schools are trying to radicalize students with progressive teachings and literature.