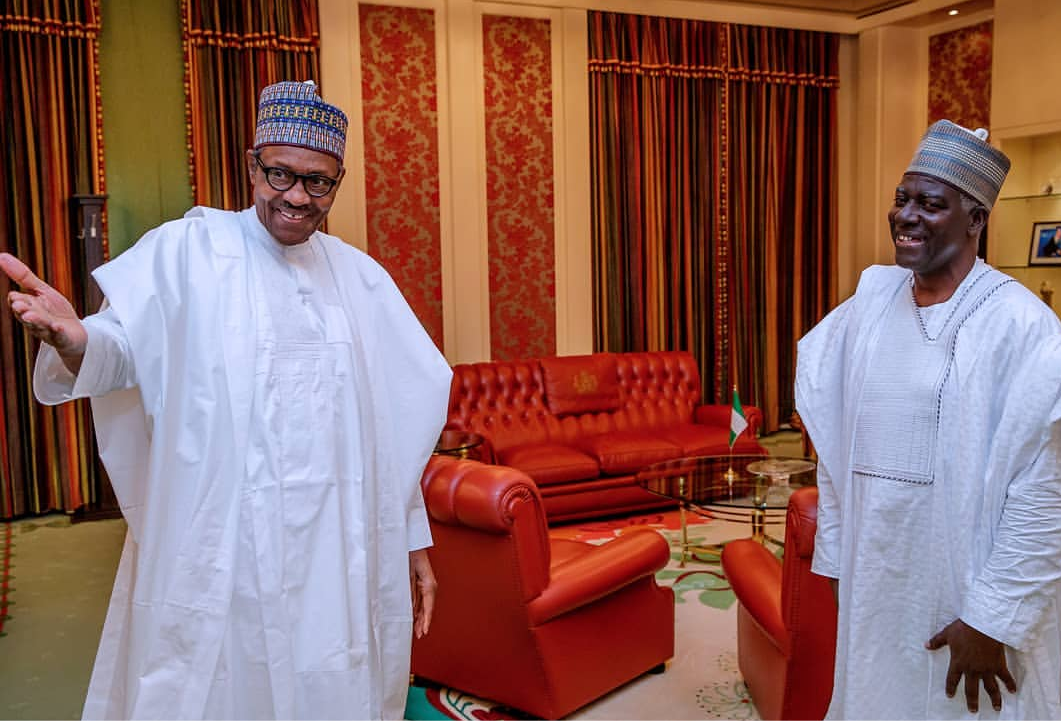 Sources familiar with the continued incarceration of Omoyele Sowore have told PREMIUM TIMES the Nigerian activist was questioned earlier this week over purported ties to Boko Haram and other outlawed groups.

Terrorism allegations were the focus of a grilling session conducted with Mr Sowore by State Security Service operatives on November 12, two sources familiar with the event told PREMIUM TIMES this weekend.

“Agents have been asking him to tell them about his relationship with Boko Haram, Islamic Movement of Nigeria and the Indigenous Peoples of Biafra,” a source told PREMIUM TIMES on Sunday afternoon. “He has continued to deny any relationship with all these groups.”

Boko Haram was outlawed by the Jonathan administration and later designated a foreign terrorist organisation by the United States in November 2013.

President Buhari’s categorisation of Shiite IMN and separatist IPOB has remained one of the most controversial decisions of his government, with opinions splitting over whether a religious or self-determination group could be outlawed under a secular constitutional democracy.

The information came 10 days after Nigerians had been demanding official explanation for the controversial re-arrest of Mr Sowore on December 6.

The questioning indicated the secret police has started fresh plots to file yet another set of criminal charges against the Sahara Reporters, and would likely be before another judge, PREMIUM TIMES learnt.

It came a week after Mr Sowore was violently seized from a federal courtroom by armed agents of the SSS, a domestic intelligence outfit reputable for acts of repression and targeted attacks on anti-government voices.

Mr Sowore was released the night preceding the December 6 court invasion when the SSS pretended to obey the order of a federal judge handling the case.

The Sahara Reporters’ publisher was arrested on August 3 for leading #RevolutionNow campaign — a series of nationwide protests he had planned with other activists to demand a better Nigeria.

Following his arrest, the SSS accused Mr Sowore of terrorism, treason, amongst other claims, for using the word ‘revolution’ while rallying Nigerians ahead of the protests scheduled to take off across 21 Nigerian towns and cities on August 5.

On November 8, a federal judge granted an initial remand order for the SSS to hold Mr Sowore in custody for 45 days to conclude investigation into ‘terrorism’ claims against him.

Mr Sowore remained in custody through the 45 days, despite the criticism that greeted the court’s decision to grant SSS such an extensive period to keep a citizen despite failing to present any evidence of crime.

By the time charges were eventually filed about 50 days after Mr Sowore was arrested, no reference was made to terrorism. The SSS charged Mr Sowore for treason, money laundering and purported defamation of Mr Buhari’s character.

The charges were prepared by Attorney-General Abubakar Malami’s office.
Following his initial arraignment after the charges were filed on September 20, Mr Sowore was granted bail on September 24 by Taiwo Taiwo of the Federal High Court in Abuja, but the SSS declined to respect the judicial pronouncement. Instead, he was arraigned before another judge on similar charges.

On November 6, the second judge, Ijeoma Ojukwu, signed a release warrant for Mr Sowore, but the SSS failed to comply again. It took Mr Sowore one month between October 4 when Ms Ojukwu first granted him bail on stringent terms and November 6 when he met the court’s demand after his lawyers convinced the judge to relax the conditions.

After court papers were served on the SSS showing Mr Sowore had met the bail terms and a judge had signed warrant for his release, the SSS repeatedly declined to honour order, jumping from one excuse to another.

But the threat did not appear to shake the secret police, which is controlled entirely by President Buhari without any external oversight mechanism for accountability.

Inibehe Effiong, one of the lawyers representing Mr Sowore, said the fresh terrorism charges being plotted by the SSS were the same claims that the agency had previously investigated but found nothing substantial for which to charge Mr Sowore.

“The charges are clearly not fresh,” Mr Effiong said in response to a PREMIUM TIMES’ enquiry about ongoing plots to re-arraign his client on terrorism charges. “They are just looking for something to hide behind to continue their impunity.”

The SSS has declined to issue any explanation for the rearrest of Mr Sowore on December 6.

The activist was just kept in custody in apparent violation of his fundamental rights and the Nigerian criminal justice statutes which prohibit keeping suspects beyond 48 hours without charges.

“They clearly want to continue their attack on a harmless citizen in defiance of the court,” Mr Effiong said. “The terrorism allegations were specifically why they arrested him several months ago but they could not file charges because they had no evidence to prove anything.”

Mr Effiong said he would look forward to see which court would entertain the SSS purported terrorism charges yet again, because it would amount to “a charade and a grivous abuse of court process.”

Peter Afunanya, spokesperson for the SSS, did not return PREMIUM TIMES’ calls and messages seeking comments on why the recent interrogation of Mr Sowore.

Mr Effiong also criticised Mr Malami for “playing to the gallery” in his recent request to the SSS asking for Mr Sowore’s case to be transferred to his office.

“The attorney-generals’ office has always been in charge of the case files and it was the office that filed the initial charges against Mr Sowore,” Mr Effiong said. “We have no idea why he claimed to be taking over a case he has always been the one prosecuting.”

“He is supposed to end the charade that their government has embarked on rather than claiming he is taking over a matter he has been overseeing,” the lawyer added.

The attorney-general did not immediately return a request for comments from PREMIUM TIMES Sunday afternoon.