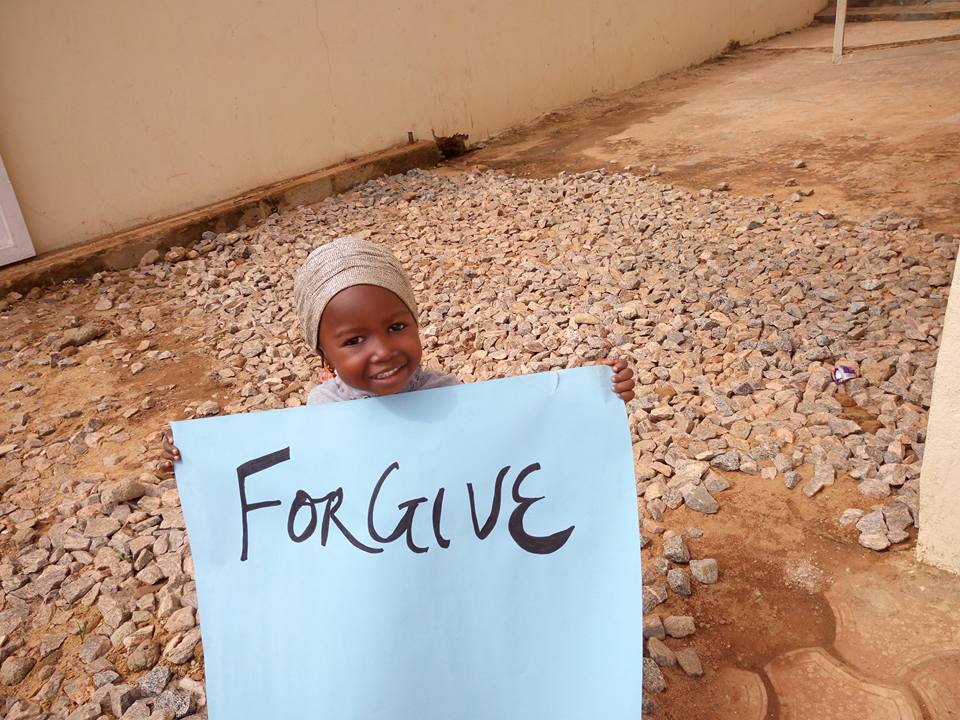 As the world mark international Global forgiveness day 7th July 2017” A day which is set aside to forgive and be forgiven.”

A Team of Christian and Muslims scholars stormed some schools in Kaduna state north-western Nigeria , with the aims of teaching the young once the culture of Forgiveness and reconciliation, with  peace building in their heart, so as to be future peace ambassadors and peace mediators.

Pastor Yohanna  Buru the general overseer of Christ evangelical intercessory fellowship ministry sabon Tasha Kaduna south, lead the delegation to some selected schools in the metropolis , in other to sensitize student on the importance of forgiveness, reconciliation, and think about the future.

The Theme of this year ; The chance to set things right, put aside old differences, move beyond grievances and hurts and start afresh to make the world peaceful.

Pastor Buru said the importance of forgiveness to human development  and mankind cannot be overemphasized because, It can help break the cycle of violence, aid post-traumatic reconciliation, build a more peaceful common future, and ultimately sustain peace.

‘Both Bible and holy Qur’an teaches Muslims and Christians how to  forgive and forget in live in peaceful co-existance ,there fore we must learnt from our holy Books the various ways written in our scriptures to live  in peace and harmony with all mankind through out the universe.’

Buru further added that Forgiveness can contribute to creating a foundation for dialogue. It can help release bitterness and anger, and facilitate the re-humanization of the “other.” This is key to the reconciliation process, which cannot happen without eradicating dehumanization.’

Buru the urged muslims to forgive Christians on were Christians offended them ,and also begged Christians to forgive muslims on were they hurt each other , so that both parties can have God blessing,as God Almighty always adore someone who forgive the one that offended him.

The clerics then call on federal government for the creation of institutes for forgiveness and reconciliation in Nigeria,so that all the affected people of ethno-religious –political crisis can addressed their issued which can be handled through the teaches of the holy books.

Responding the school director of women hood school of health science kaduna Mallam Bello Nurudden expressed satisfaction for selecting his school as one of the beneficiary of the programmed of today.

Bello said teaching the young once forgiveness at the early stage is a very importance thing, there by calling on many other schools in Nigeria and Africa to emulate such gestured.

Mallam Gambo Abdullahi is one of the Islamic scholars that stressed the importance of preaching forgiveness between mankind.

Gambo appealed to all Nigerian Muslims and Christians preachers to continued spreading the message of religious tolerance and peace every were.

Global Forgiveness  was founded in 1994 by CECA  (Christian Embassy of Christ’s Ambassadors),