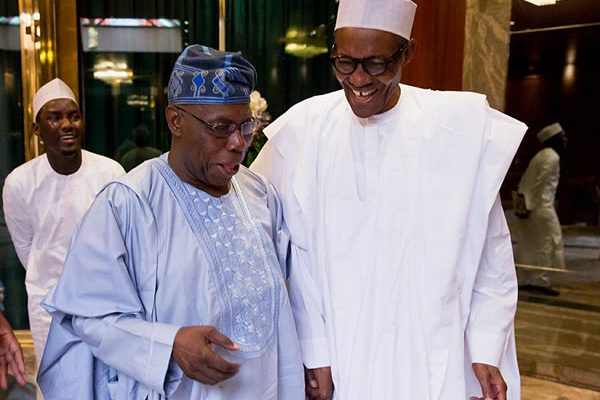 However if the Most Righteous God of justice were to mark the signs of inequity it becomes apt to mention that Major General (rtd.) now President Muhammadu Buhari would be chief among those to the severely punished of all past and present Nigerian leaders if Buhari’s political life misdemeanors were to be visited\

God will no doubt punish Muhammadu Buhari for the socio- economic unprecedented woes and blood of the innocent currently plaguing the nation and making lives not worth it for us all.

From case of the poor and innocent Leah Suaribu now left languishing alone in the hands of Boko Haram terrorists, to the perspective of the most oppressive decree 2 promulgated by his draconian regime that year 1984 sent two innocent Guardian Newspaper journalists Tunde Thompson and Nduka Irabo to jail terms; that of the issue of 53 suit cases stowed away from custom checks; that of the retroactive Decree 20 that got Bartholomew Owoh executed rather than being sent to serve six months jail term under the then prevailing order; that of the Special Military Tribunal jailing March 28 1985 Governor Abubakar Musa Rimi for 21 years for corruptively enriching 96 legislators of kano State House of Assembly with Naira 500,000; that of 1984 jailing Governor Awaal Muhammed of Niger State for corrupt practices; that of jailing former Governor Ambrose Ali of Bendel State to 100 years for misappropriation of Naira 983000; that of 1984 sending former Rivers State Governor Melford Okilo to 21 years jail term for holding foreign bank account contrary to prevailing laws then in Nigeria; that of sending Governor Aper Aku to 21 years jail term for borrowing Naira 50000 from Benue breweries; Sending Governor Sabo Bakin Suwo to 21 years jail term for boxes full of cash found in his house et al ;

And lastly God will punish Muhammadu Buhari because never has Nigeria had a sitting President and or Head of State jumping over the bother line of decency and or democratic values engaging bad language to pour vituperations and evil wishes on their wives, the youths of the country and our past leaders