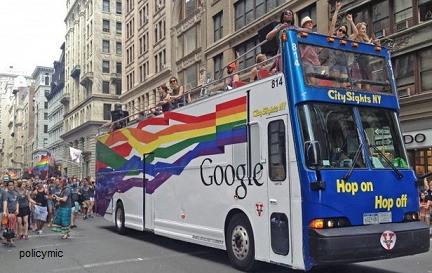 NewsRescue- The world’s number one search engine and most popular internet machine, Google has kicked off a pro homosexual and lesbian marriage campaign and initiative around the world. The campaign specifically targets nations where gays and lesbians are under restraining laws, like Uganda, Singapore,  Nigeria and much of the United States, where LGBT are not allowed to marry.

According to Google executive, Mark Palmer-Edgecumbe, the company wants its LGBT employees around the world to have the same level of acceptance inside and outside the office.

Google has long been in the forefront of sponsoring and promoting LGBT equalities and privileges globally. The website page for the campaign:

Though our business and employees are located in offices around the world, our policies on non-discrimination are universal throughout Google. We are proud to be recognised as a leader in LGBT inclusion efforts, but there is still a long way to go to achieve full equality. Legalise Love is our call to decriminalise homosexuality and eliminate homophobia around the world.

At Google, we encourage people to bring their whole selves to work. In all of our 60 offices around the world, we are committed to cultivating a work environment where Googlers can be themselves and thrive. We also want our employees to have the same inclusive experience outside of the office, as they do at work, and for LGBT communities to be safe and to be accepted wherever they are.

Google has a long history of support for Pride Celebrations around the world. In 2011, over one thousand Googlers participated in Pride celebrations in a dozen cities to support equality. To date in 2012, 1,500+ Googlers have marched in Pride Celebrations, including Boston, Chicago, New York, San Francisco, Sao Paulo, Tel Aviv and Warsaw. And it’s not just through Pride that we show our support for the LGBT community. At Mardi Gras in Sydney, we hosted two Queer Thinking seminars on Activism in the Internet Age and Queer Careers, and in Singapore, we’re sponsoring the Pink Dot celebration for the second consecutive year.

And we’ve got plenty more to come in 2012 including World Pride in London, where we’ll be marching with Googlers from over a dozen countries, and joined by one million visitors.

How google will pursue its goals is not yet known. In some nations, the government and citizens, including the Church appear in harmony on controlling public expression of same sex activity and disallowing same sex marriage.

Uganda has been in the media forefront for its stark government and Church condemnation of male-male sex.

In concert with Muslims in Uganda and the government, the famous Uganda pastor, Martin Ssempa is known for his fiery rhetoric, with his ‘back-off’ campaign, and ‘Obama, don’t you believe gay’s too can change’ ideology, and most notably, his youtube sermon, ‘Eat the poo poo’.

Nigeria recently passed an anti gay bill, which banned public display of same sex behavior and took gay marriage off the table. The passing of this law brought sharp rebuke from the president of the United States, Obama and his secretary of state, Hilary Clinton, who have been criticized for not commenting on sectarian violence in Nigeria, but rapidly reacted to Nigeria’s gay law, initiating bills to protect gays in Nigeria and abroad. The US and UK also threatened to cut aid to Nigeria for passing this law. 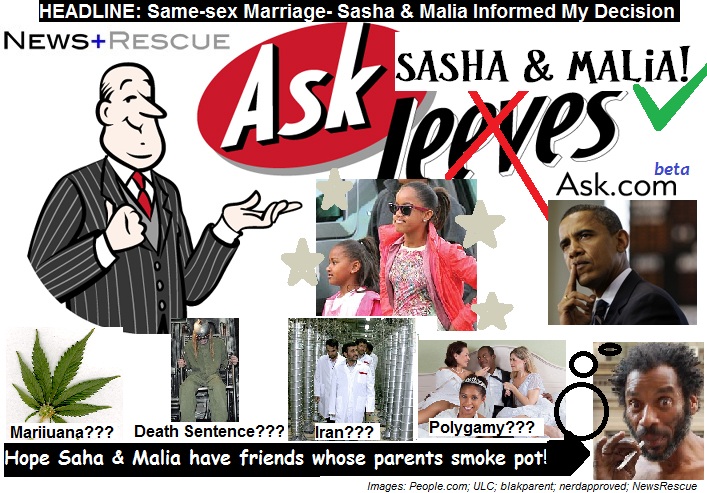 In November last year, the president of Ghana, John Atta Mills, reacted promptly to pressure on it’s laws. Responding to threats from the British government, the president said the UK can not impose its own values on Ghana. That each nation should respect each others values and culture.
“I, as president, will never initiate or support any attempt to legalise homosexuality in Ghana,” Mr John Atta Mills said.

President Obama recently announced his siding with those campaigning for Gay marriage. This, though argued to be a political move by some, is a first of its kind in America and America’s first African-gene president set a presidence with this pronouncement, which serves as a great bolster for gay campaigns.

Google is a private organization, but does wield a lot of power in media manipulation and control. With virtually no competition in an information age, the Google addition to the global gay marriage rights campaign is expected to bring a lot of power and momentum to the drive.

‘Backs against the wall’.