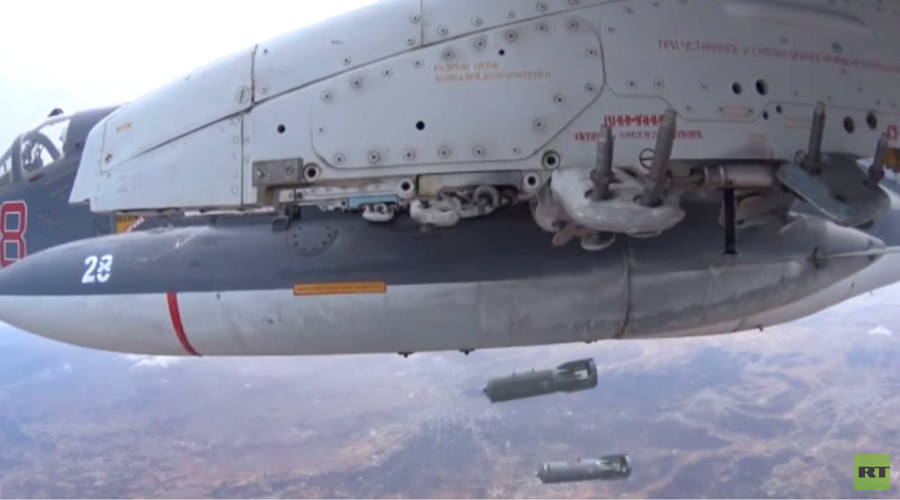 Russia’s Defense Ministry released footage on Wednesday of a Su-30 and Su-25 performing airstrikes against targets in Syria, after taking off from the Hmeymim Airbase in Latakia.

In the clip, an Su-30 can be seen taking off from Hmeymim before the camera switches to a second combat fighter, an Su-25, dropping FAB-250 general-purpose bombs targeting Islamic State (IS, formerly ISIS) positions. RT