If there is one thing Governor Bindow’s Chief of Staff, Cos Abdulrahman Abba Jimeta is popular at, is inciting people in the state.

A couple of months ago, the CoS made some inciting statement in Shelleng at a public gathering. At the gathering, he charged the youths present to beat up anyone who opposes Gov. Bindow, and used many vulgar words which cannot be published here.

The Chief of Staff on Friday, made some statements at Numan which many believed is capable of inciting tribal crises in Adamawa state if care is not taken.

In a gathering to launch the construction of a 2Km road by Gov. Bindow in Numan town, the CoS said that the present government of Adamawa state belongs to the small tribes with the exception of the Fulani. 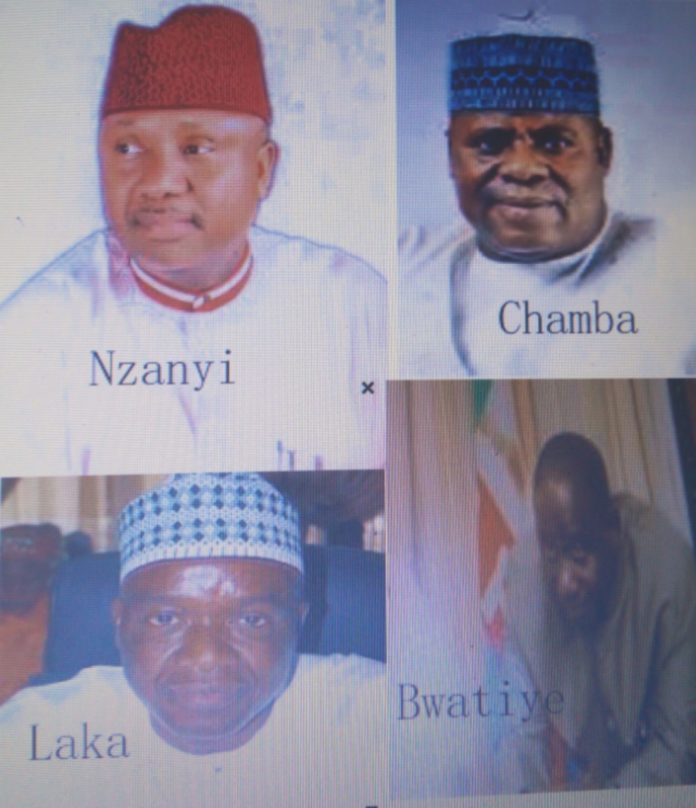 In statements of the CoS broadcasted by the Adamawa Broadcasting Cooperation (ABC), Yola, He said:

“The plans we have for Numan are many, these two roads to be constructed is just for the start and to fulfill our first year promises. These two roads are included in the 2016 budget of our government which will expire by the end of December; this is why the MD of Triacta construction company standing here, have assured us that these two roads whose total length is 2.7 kilometers will be useable before the end of this year.

We are preparing the budget for the year 2017 and we will make sure the remaining 8 roads are captured in the budget because if it is not captured in the appropriation bill, the Governor will not be able to do it. But if you will do justice as said by my father, Moses, we will include five of the roads in 2017 budget and the three will come in 2018 because we will go to other places and complete our works.

Secondly, our technical committee have already reported to the Governor that; before the end of this year, works will resume at Numan general hospital in our efforts of upgrading four of our general hospitals to referral hospitals. These are Mubi Hospital, Ganye Hospital, Yola Hospital and Numan Hospital. Soon without wasting much time, these works will be started.

We have declared state of emergency on Education, because when you talk of education in Adamawa state, Numan is the Number one. But today we are in sad situation in Numan and this is due religious and tribal inclinations of our past leaders which led to the absence of any tertiary institution in Numan zone. The only schools we have here are those brought by Hamma Bachama through the Missionaries.

The cause of all these is; they have frightened us, they have sidelined and ignored us because of maybe, we are tribes (minority) or uncertainty of our religions. I once got into arguments with somebody; he said the elections of Numan federation is always different, and I told him that it must be different because the life you give to Numan and the southern senatorial zone is also different

When you talk of Adamawa state, from Shelleng to Tongo, nine local government areas, constitutes 50% of the state. But from Shelleng to Tongo there is no single tertiary institution apart from the Numan campus of the state polytechnic which has about three classrooms here and a sign post for College of agriculture on Ganye road at one primary school. All the higher institutions are in the central zone positioned between Yola, Jimeta and Girei.

Tribalism is being shown to us, the tribes. But God has brought us to the time when “the grasses will feed on the horses”. The governor is Njanyi by tribe, the Deputy Governor Chamba, the SSG is Laka; just that he stayed long in Yola, the Chief of Staff is Bwatiye. For that, this is the Government for the tribes (minorities) and we are here to revive the tribal people and this is not a hidden agenda.

All we need from you is; we should come together and be united, we should not allow any of the evils to come in-between, and when you allow them, they will bring so many confusions among you. You, the people of Numan have been in this trap for long”.

Listen to the complete broadcast as recorded on the link below.

The irony of the COS is that; he was the Chief of Staff to the former Governor, Murtala Nyako; the same position he holds presently.

It is important to know that most people who led and are still leading the state are not Fulanis. In 1979, Abubakar Barde, a Mmuye was elected while his deputy was Nzanyi, Wilberforce Juta. In 1983, a Fulani was elected but the regime was shortened, 3months. At the return of democracy in 1991, Saleh Michika was elected and his Deputy was Lyn Nathan, a Bachama who was even present at the gathering where Abdulrahman was making those statements.

It is interesting to note that the Lamido of Adamawa, DR. Muhammadu Barkindo recently stripped Nyako and his son of their traditional titles of Sarkin Yamma and Sarkin Matasa respectively, doing the bidding of the Governor as many pundits believed. The Lamido is fighting Nyako, a Fulani at the detriment of Bindow, a Nzanyi.

If the Lamido as the custodian of Fulani tradition in the state can do that, then it is a signal that Fulanis are not even united talk less of fighting any tribe(s) in unison.

It is also noteworthy that the Chief of Staff didn’t tell the gathering that since the return of democracy in 1999 no body from Adamawa central zone became Governor. Also, the CoS didn’t call the name of the ruling party, APC throughout the campaign.