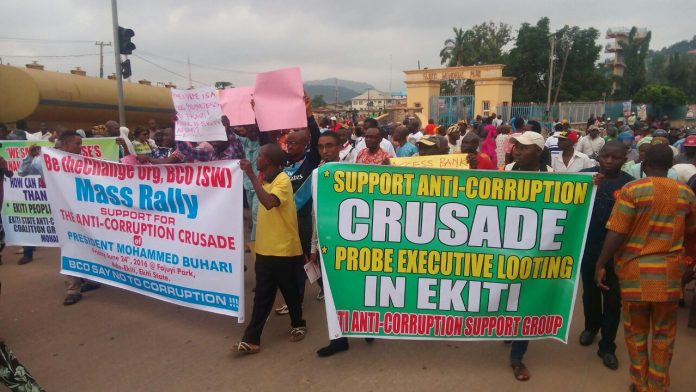 Protesters are currently on the streets of Ado-Ekiti, capital of Ekiti state, demanding the resignation of Ayodele Fayose, governor of the state.

The aggrieved residents, who are chanting anti-government songs, are asking the governor to step down immediately.

According to Gboyega Adeoye, an Ekiti indigene, “I saw all these coming long ago. There is a limit to grandstanding, particularly when one is with little or no reputation. It is a case of over stretched luck. And it is sad that one can have two undue chances and squandered them.”

This is the second time in two weeks that residents of Ado-Ekiti will witness such development.

On June 24, protesters led by Omotunde Fajuyi, an activist, accused the governor of enriching himself at their expense.