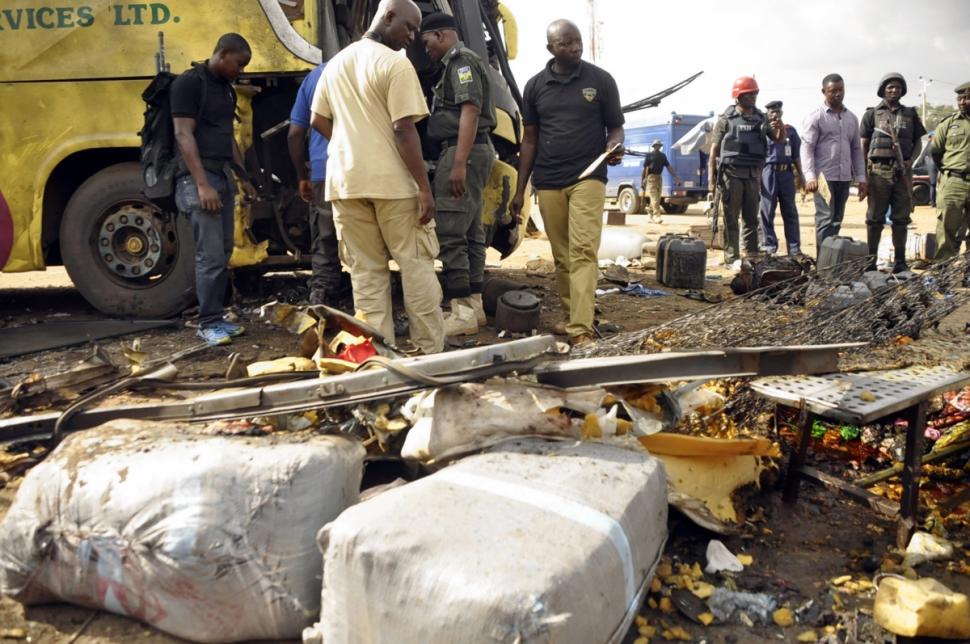 Multiple “female” suicide bombers, yesterday evening, sneaked into Sageri, Ajilari and other communities on the outskirts of Maiduguri, Borno State capital, and detonated bombs which left scores dead and many injured.

Three men dressed as female suicide bombers rode on a tricycle Thursday evening and killed an unspecified number of people and injured several others at Sajeri area of Maiduguri described as the hotbed of Boko Haram’s insurgency.

One of the suicide bombers alighted from the tricycle and ran into a mosque with explosives strapped to his body.

He detonated his bomb, killing many in the process.

When the sympathisers gathered at the scene, the second bomber detonated his exploisive among them.

However, the third one was not lucky as the people broke his legs before he could detonate it.

After breaking his legs, people kept a safe distance away from him while he could not detonate his bomb.

According to Daily Trust, when security operatives got to the scene, they were able to identify the suicide bombers as men dressed in female clothes.

Boko Haram has resorted to targeting civilian population after its fighers were dislodged from areas they occupied in Nigerian territory.

Islamist jihadist group Boko Haram ehich sought to establish an Islamic caliphate in the northeast of Nigeria has been blamed for most of such blasts and has waged a six-year insurgency in the troubled zone, displacing over 2.1 million people and killed thousands in the process.
Skytrend