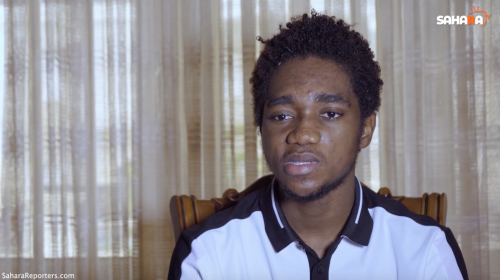 Babatunde Olusola, an orphan and final year student of Chemical Engineering of the Ladoke Akintola University of Technology, Ogbomoso, Oyo State, has narrated how he was detained at the Nigeria Police Force Criminal Investigation and Intelligence Department in Abuja for creating a parody Twitter account of former President, Goodluck Jonathan.

Olusola was arrested on the orders of Jonathan and was denied access to a lawyer while he stayed in detention for over two months.

SaharaReporters exclusively reported how the undergraduate took ill and exhibited symptoms of Coronavirus like sore throat among others after being locked in a cell with a Chinese named Mr Wan.

Watch as he tells the story of his 84 days detention experience.