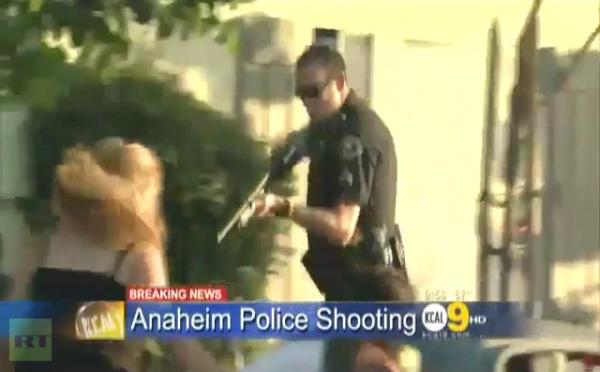 A video has emerged of an 18-year-old freshman music student being overpowered by Washington DC police, who were called after some customers in a bank said that he had appeared “suspicious,” despite authorities admitting that he did not commit any crime.

The smartphone footage, shot on Monday evening, shows two officers mounting the slightly-built Jason Goolsby, shouting“Stop resisting!” as they handcuff him. Goolsby, in obvious pain, cries “I am not resisting!” while a friend behind the camera repeatedly insists “He didn’t do nothing!”

Shared on social media on Tuesday, the video caused an outcry, and a ‘Justice for Jason’ campaign was started within hours.

Several dozens of activists from Black Lives Matter, a campaigning group set up following several documented instances of harsh police treatment of black suspects in the last year, blocked Pennsylvania Avenue, where the arrest took place, shouting slogans, and the number on the badge of one of the officers in the clip. Read full on RT