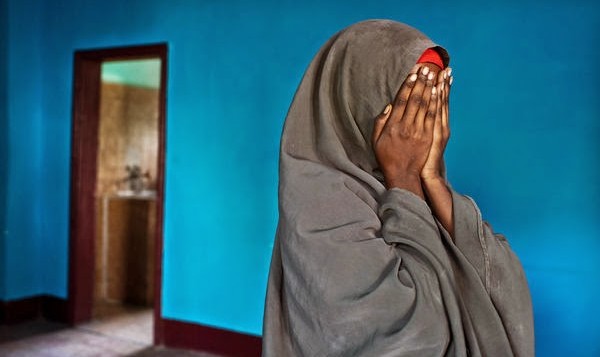 A twelve-year-old girl rescued by the military has said she wants to return to her husband in Sambisa Forest. The girl was one of the 65 civilians rescued from the forest earlier this week.

Theater commander of Operation Lafiya Dole, Major General Lucky Irahbor, handed over 65 civilians recently rescued to the Borno State government on Friday for further rehabilitation, but one teen demanded that she return to Sambisa Forest to be reunited with her husband.

Speaking to the Borno State government, Mr. Irahbor, who enumerated the recent success of Operation Lafiya Dole, said, “Today I would like to hand over our sisters and children rescued during our operations at Sambisa Forest. We shall continue until we wipe out the insurgents because they are losing more ground in Sambisa Forest to our troops.”

Governor Kashim Shettima praised the military for their efforts and promised that his administration would continue to support the military.

“We are experiencing peace now because of the tireless efforts of our military, especially the crackdown on Sambisa Forest. For the newly rescued, I congratulate you all. We are going to take care of you and reunite you with your families.”

But the rescued twelve-year-old wept and refused to eat or drink water for the past three days, as she demanded to be reunited with her husband in Sambisa Forest.

When journalists asked the teen why she refused to eat or drink, she simply answered, “All I want is to go back to him at Sambisa again,” and wept. – SR