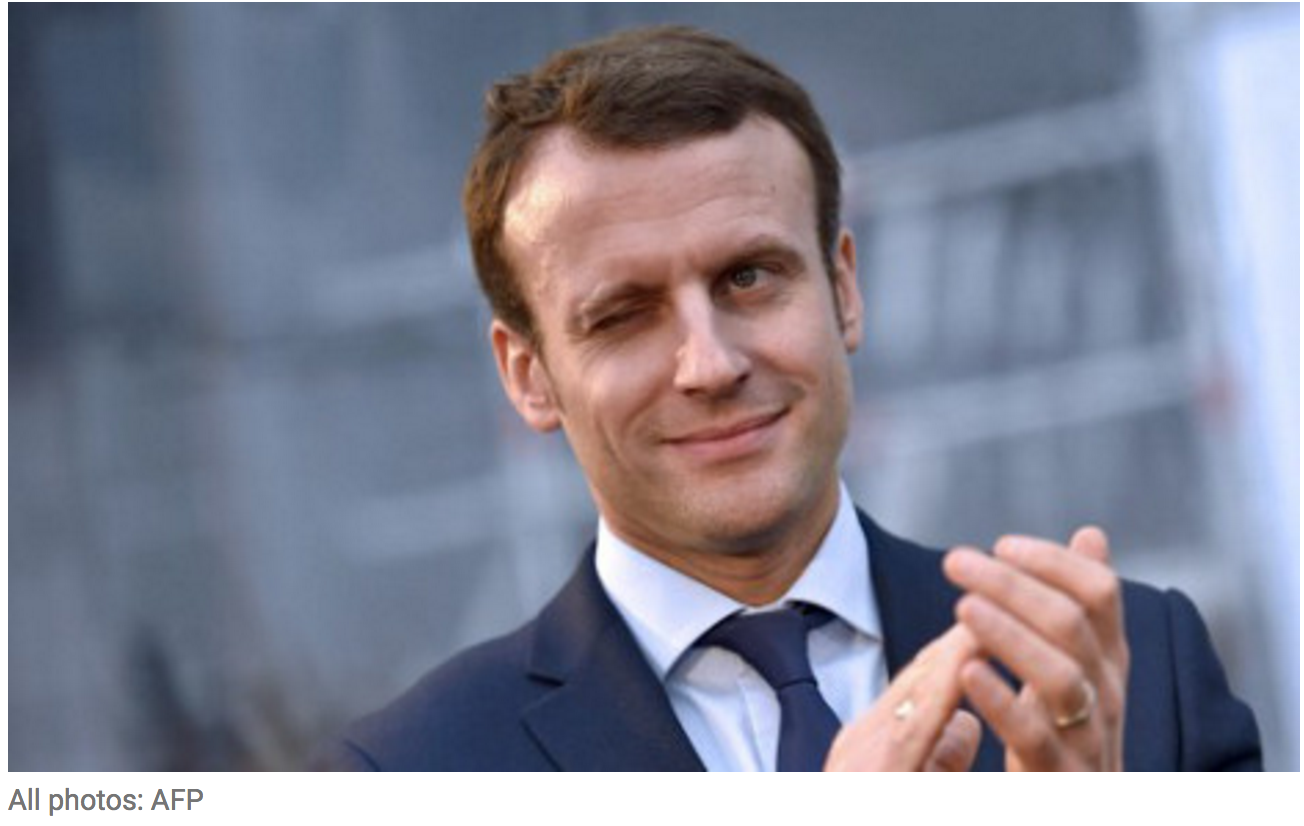 The election of the Europeanist Macron, who is a real child of the banking system and of the forces of globalization, to the presidency of France has prevented, on the one hand, the automatic activation of the decomposing procedures of a European Union that is under the German control and has created, on the other hand, an incredible illusion in the bureaucratic circles of Brussels with regard to the prospects of its longevity.

However, a thorough reading of the results of the French presidential elections leaves no doubts. An important segment – precisely the 34% – of the French people, who has been affected much less than other peoples of the Eurozone and the European Union by the extreme neo-liberal policies of wild austerity, expressed its aversion to the undemocratic bureaucratic European construction in this second round.

And in fact, this happened through a far-right political structure with a stigmatized racist past that for years was on the sidelines of the French political system. If the left-wing anti-European Mélenchon, who does not provoke any fear to the French people, had succeeded in passing to the second round, Macron’s election would have been unsure taking into account that 50% of the French electorate voted euro-skeptically in the first round of the elections.

In any case, the European Union now looks like a woman suffering from an incurable disease whose doctors give her five more years to live, and that because the EU cannot, in any case, exist without France. It is certain, though, that the neo-liberal anti-popular policies that Macron will implement and which will be dictated by Brussels, basically by Berlin, will devalue the social and labour rights of the French people and will provoke their justified anger.

Consequently, in the French presidential elections in 2022, and if the bomb of the Italian economy will have not yet exploded – which is quite unlikely – the political forces to blow up the European Union, which will never acquire a democratic and social face, will surely reverse the current election result and will win by a large majority.

The Germans, of course, now have every right to enjoy and celebrate Macron’s election who will preserve, even temporarily, the Eurozone and the European Union, from which they have won the most, while most others are losing. Specifically, the German trade surplus, which is a structural phenomenon and not just a coincidence, is certainly owed to the great competitiveness of the German economy, but it is also scandalously strengthened by the Euro’s functioning mechanism, since the common currency does not allow the Eurozone deficit countries to devalue their currency, a fact which condemns them to a vicious circle of low competitiveness and persistent deficits.

Since the adoption of the Euro currency, Germany’s trade surplus has followed a frantic upward trend. Thus, in 2016, it reached a historically high level of 252.9 billion Euros, according to the official information of the German statistics office, when the trade surplus of the whole Eurozone for the same year amounted to just 273.9 billion Euros. This means that Germany produces 92.33% of the total trade surplus in the Eurozone!

During the same period of the Euro currency, and with the exception of some years, France’s trade deficit recorded generally increasing trends. Thus, in 2016, according to a French Customs announcement, it stood at 48.1 billion Euros, and France’s market share within the Eurozone was significantly reduced – it fell from 17% in 2000 to 13.6% in 2015 and to 13.4% in 2016 – while the trade deficit in the previous year (2015) amounted to 45.0 billion Euros.

At the same time the French economy faces other serious problems. As a consequence, the public debt is constantly expanding and it now stands at close to 100% of its Gross National Product. Unemployment, which is particularly affecting young people under the age of 25 – almost one in four is unemployed – stood at 10% of the workforce at the end of 2016, reaffirming President Hollande’s failed efforts to reduce it. At the same time, Germany enjoys very high employment rates as unemployment is historically low, since it does not exceed 3.9% of the workforce.

15 years ago, France and Germany had a similar living standard. But currently, the Germans are by one fifth richer, though both economies welcomed the Euro currency in 2002 with the unemployment being around 8% of the workforce.

As a consequence, even if Macron was to surprise everyone – which, of course, is not going to happen – and decided, on the basis as well of the specific weight that France has since the country is the second economic power in the Eurozone, to strongly push for a change of attitude in the European Union and the Eurozone, which would clearly improve the French economy and moreover would benefit the shaky economies of the other countries of the European South, this would crash into a huge, powerful wall, that is to say Germany’s rigid and steady position. And this happens because the Germans – whoever is at the wheel of their country – will never accept the relaxation of the austerity and the “sacred” rules of budgetary discipline. The Germans have been more than obvious that they long wish to use the Eurozone for their benefit and to the detriment of everyone else, and they will never be able to return voluntarily to their national currency, the mark, because that would lead to the collapse of their exports. The Germans want to gain more and more, preserving the Eurozone as it is over a long period of time, and they actually do not care if the others are losing or even are being destroyed, as is the case with the Greeks.

Therefore, in this European Union, which is dominated and reigned by Germany, the notion of solidarity and mutual aid not only does not exist, but it has been thrown away like garbage in the waste bin. Hence, it is being proven beyond any doubt that reality is not a burdensome essay, as such ideas have been recorded in the founding treaties of the then EEC, but instead it is being cruel and inexorable. Thus, the union of powerful and powerless economies and their tight hug through the Euro currency has already proved to be a criminal error.

In conclusion, the French presidential elections will not shake the richly paid bureaucrats in Brussels nor the political leaders in Berlin who, surrendered to their blissfulness and conceit, will continue to impose on the countries of the European Union extremist neo-liberal policies of wild austerity that put the peoples is poverty and misery.