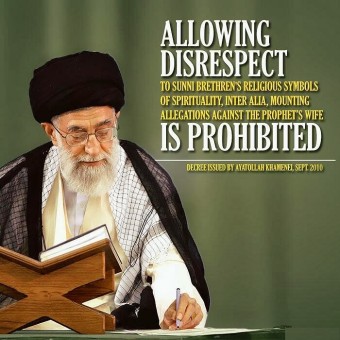 October 3rd, 2016 in a question and answer format:

Q14: In commemorating the martyrdom of Imam Ḥusayn (a.s.) on the tenth of Muḥarram, some people hit themselves with a machete, or walk bare-footed on fire. Such actions defame Shi‘ism and put it in a bad light, if not undermine it. They cause bodily and spiritual harms on these doing it as well. What is your opinion in this matter?

A: Any practice that causes bodily harm, or leads to defaming the faith, is ḥarām. Accordingly, the believers have to steer clear of it. There is no doubt that many of these practices besmirch the image of Ahlul Bayt’s (a.s.) School of Thought which is the worst damage and loss.

Q15: What is the shar‘ī criterion in determining physical or psychological damage?
A: The criterion is noticeable and considerable harm judged by common sense.

Q16: Is hitting oneself with swords ḥalāl if it is done in secret? Or is your fatwā in this regard universal?

A: In addition to the fact that it is not held in the common view as manifestations of mourning and grief and it has no precedent at the lifetime of the Imams (a.s.) and even after that and we have not received any tradition quoted from the Infallibles (a.s.) about any support for this act, be it privately or publicly, this practice would, at the present time, give others a bad image of our school of thought. Therefore, there is no way that it can be considered permissible.