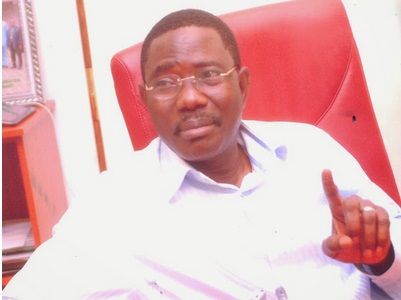 July 30, 2014 Olufamous-The senator representing Edo North Senatorial District at the National Assembly, Domingo Obende, has said the senate jettisoned impeachment moves against President Goodluck Jonathan in the interest of stability.Domingo, who spoke to newsmen at his country home, Igarra in Akoko-Edo Local Government Area of Edo State, decried the use of power by the PDP-controlled Federal Government to intimidate the opposition.The senator said that the red chamber decided to stop plans to impeach the President, who had “committed an impeachable offence,” in order to avoid national crisis.

In the words of the Senator: “What are we even talking about? Who is saying that the President himself has not committed an impeachable offence?

“And, of course, the whole of African nations are looking at us as the giant of Africa. Are we going to be a giant in rascality?”

The lawmaker, who is also the Vice Chairman, Senate Committee on Federal Capital Territory, expressed fear that Nigeria’s democracy would face greater danger, if the wave of impeachment was left unchecked.Domingo said, “What is happening is very surprising to a lot of us. First and foremost, there is danger around the corner, there is danger in the political arena, because we are a political system that ought to be stable but encumber itself with impeachment threat and processes.”He said, “To me, I see it as a clear parliamentary misbehaviour, where a governor, who was given a mandate by his people, is not allowed to exercise his rights. And if he sure does, it is only the people who can call for his recall.“I think if you asked me, there should be a total repeal of these sections of harassment of impeachment. Let it go through the court process first. And if you win in the courts, you can now come to the House and seek for an impeachment.”