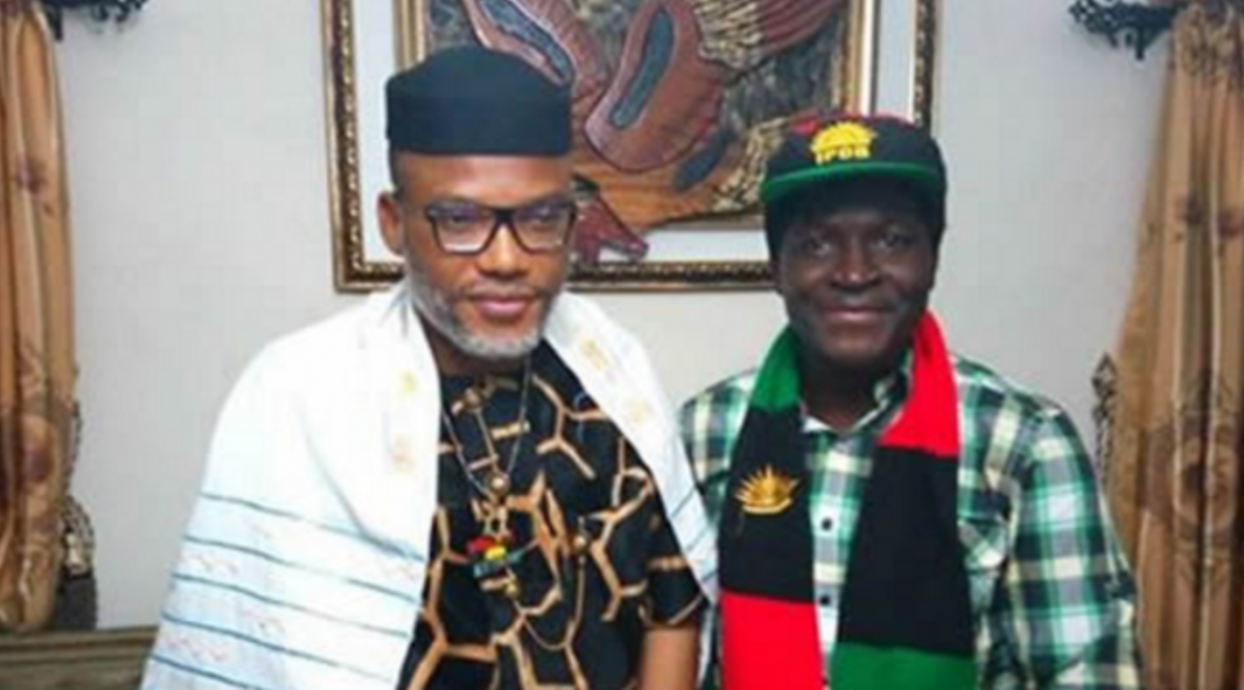 The Indigenous People of Biafra, IPOB, leader, Nnamdi Kanu, yesterday at the United Nations (UN) headquarters in Geneva, Switzerland, demanded urgent action against the alleged numerous rights abuses, allegedly inflicted on a daily basis on Biafrans, just as it sought the needed support for Biafra’s self-determination as enshrined in law, statue and various United Nations conventions.

Kanu also drew the attention of the United Nations, to the alleged incessant killing of Biafrans in their own land by terrorist Fulani herdsmen, alleged extortion and killing of Biafran motorcyclists and commercial drivers by Nigerian Army and Police over refusal to part with N50 bribery, killing of Biafrans in the Northern hemisphere by Islamic extremists. Citing some of the things that formed the basis for its agitation for the separate state of Biafra, which it said existed before Lord Lugard’s Amalgamation of 1914, Mazi Kanu, also disclosed the alleged disfranchising Biafrans in the Western and Northern part of Nigeria, illegal take-over of Biafrans’ property by Lagos State government, systematic oppression and economic emasculation of the Biafran.

He also included alleged “forceful Islamization of the country under the present administration, illegal detention of unarmed agitators, flagrant contempt of court orders, and incessant abduction and extrajudicial killings of its members and their families members, as also basis for its agitation.” Other issues he raised to the United Nations were “the continued alleged illegal detention of Omoleye Sowore, the relentless persecution of the members of the Islamic Movement of Nigeria led by Sheikh El-Zakzaky, alleged ongoing tragic ethnic cleansing in the Middle Belt and plight of Christian minorities in core North.”

Mazi Kanu in his presentation to the United Nations, titled “Our case will no longer be ignored”, made available by IPOB’s Media and Publicity Secretary, Emma Powerful, also, raised the case of Rural Grazing Area, RUGA,by what it described as stealth, to the august body, insisted that Biafrans will never allow alleged Fulani terror settlements in any Biafraland. Accompanying Mazi Kanu to the United Nations headquarters in Switzerland, where he had series of meeting with various UN agencies and officials, were IPOB deputy leaders, Mazi Uche Mefor, Head of Directorate of State of IPOB, Mazi Chika Edoziem, the Head of Finance, Lady Nnennaya Anya, and other top members of the group. Emerging from the meeting to address IPOB members and supporters from different countries of the world, who converged at Switzerland, Mazi Kanu assured them that “every issue concerning our people Biafrans, is now before the various arms and agencies of the United Nations and our case will no longer be ignored.”

“We have successfully presented Biafra plight to the United Nations officials, demanding urgent action against the numerous rights abuses inflicted daily upon Biafrans and the need to support the inalienable and undeniable right of Biafrans to self-determination as enshrined in law, statute and various UN conventions. “The case of RUGA settlement by stealth was also raised and the august body was left in doubt that indigenous Biafrans will never allow Fulani terror settlements in Biafraland.“Every issue concerning our people is now before the various arms and agencies of the United Nations. Our case will no longer be ignored.” Vanguard News