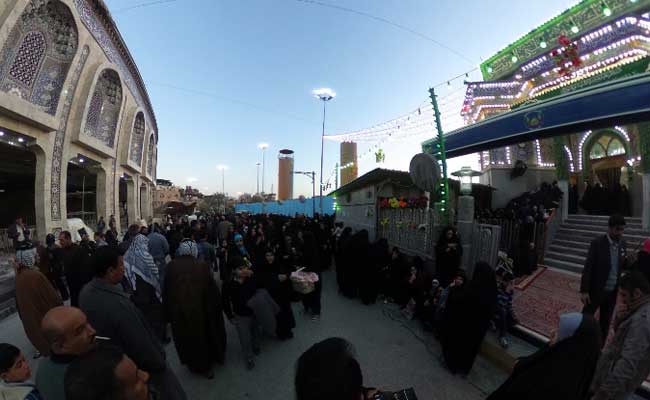 In the village of Umrakan east of Mosul, a minority of the Shabak community who were targeted by ISIS for religious prosecution succeeded in staying alive and surviving for two years despite the control of ISIS on the village.

Thanks to the Imam of the village Nadim Suleiman Hassan, who has been preaching the teaching of Sunna for 20 years and encouraging the residents of the village to convert to Sunni Islam. ISIS took over the village in June 2014; the villagers quickly knew what await them. Iman Hassan took it upon himself to save them according to the French Newspaper Le Monde, dating to December 27th, 2016.

Before the arrival of ISIS, Umrakan was populated by 500 families from the Shabak community, an Iraqi minority present in dozens of small villages in the Nineveh Plain, and the Mosul area.

The Shabak minority communicate in Arabic, Kurdish, in addition to Gorani, a language that originates from Iran. Some identify as Shiites, while others consider themselves Sunni. Their religious affiliation change and alter as the external influences and the conditions in which they live do. Their cultural heritage is essentially spiritually linked to the Shia doctrine.

Upon ISIS’s arrival to the village, 27 people disappeared from the community that lives near the Nimrod, an ancient city dating back to the Assyrian era.

The Imam of the village stated: “When elements of ISIS came to the village, they told us that we were Shabak, which means that we are Shiite. About a hundred families decided to flee the area, the rest were forced to destroy all the books and the Koran, which are printed in Iran. They had to burn pictures of Shiite mosques, the Hussainiya, and the shrine of Imam Ali located in Najaf which we used to hang in our homes. This is how we were able to stay in our village.”

That was the plan developed by Sheikh Hassan; he made ISIS believe that the villagers were indeed Sunni. He was surprised when we told him that some of the villagers from the Shabak minority who we interviewed declared that they belong to the Shiite sect, and thanked him because he lied to ISIS to save their lives.

Iman Hassan who built the only mosque in the village 20 years ago asked: “Did they really become Shiite?! When did it happen?! Everyone around here is Sunna.” One of the villagers named Shakar aged 67-year-old, stated: “We were ill-treated by ISIS, our Sunni neighbors expressed their sympathy towards us, but their hands were tied.”

In order to participate in the war against ISIS, the residents of the village formed two armed militias, one supported by the Kurdish authorities and the other by Shiite militias. The second militia raised sectarian Shiite flags on the villages liberated by the Iraqi army.