(CNN) — Militants in Iraq have taken hold of nuclear materials at university science facilities near the northern city of Mosul, the Iraqi government has said in a letter to the United Nations.

But two U.S. officials told CNN on Wednesday that the small amounts of uranium aren’t enriched or weapons-grade, prompting only minimal concern.

The letter from Iraq’s U.N. ambassador about the uranium compounds asks for help “to stave off the threat of their use by terrorists in Iraq or abroad” as the country struggles with a deadly insurgency.

In the letter, obtained Wednesday by CNN, Iraqi Ambassador Mohamed Ali Alhakim said that “terrorist groups have seized control” of nearly 40 kilograms (90 pounds) of uranium compounds at science departments at the University of Mosul after the sites “came out of control of the state.” 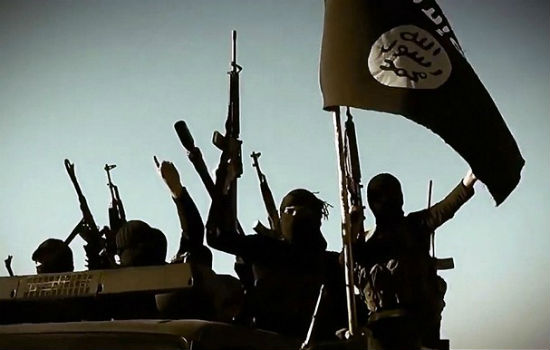 While the Obama Administration works feverishly to try and cover their… behinds, the rest of the world is devolving into chaos. Russia is demonstrating aggression, North Korea continues to talk boldly and the Middle East and North Africa is rapidly destabilizing, all thanks to the complete dearth of leadership emanating from Washington.
Now, with our stature in freefall thanks to the amateurs running the State Department, Israel may one day be a memory as ISIS claims to have access to nuclear weapons and intends to use those weapons to obliterate Israel in order to secure victory for Palestine.
According to a report from the World Net Daily, a source claims that the Islamic State of Iraq and Syria (ISIS) is working with an organized group whose efforts are focused “exclusively on destroying the Zionist regime occupying Palestine.”
The source quoted an ISIS fighter who said,
“Zionists call us masked, sociopathic murderers, but we are much more complicated and representative of those seeking justice than they portray us.
“Are we more barbaric than the Zionist terrorists who massacred at Dier Yassin, Shatila, twice at Qana, and committed dozens of other massacres? History will judge us after we free Palestine.”
The ISIS fighter claimed to be eager to fight Israel in order to reclaim the land for Palestine. Acknowledging that Israel has nuclear weapons, the fighter claimed that they, too, had access to such weapons.
“Do you think that we do not have access to nuclear devices?” the ISIS fighter stated. “The Zionists know that we do, and if we ever believe they are about to use theirs, we will not hesitate. After the Zionists are gone, Palestine will have to be decontaminated and rebuilt just like areas where there has been radiation released.”
http://www.tpnn.com/2014/06/23/isis-says-they-have-nuclear-weapons-to-wipe-out-israel/