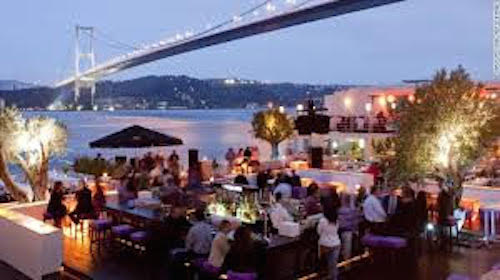 The Islamic State’s New Year’s Eve bombing of an upscale nightclub in Istanbul has fuelled culture wars in Turkey and Israel and laid bare aspirations among youth in socially restrictive Muslim societies for more liberal lifestyles.

To be sure, the Islamic State’s multiple attacks in Turkey intend to primarily raise the cost of Turkish intervention in neighbouring Syria’s civil war. They are nevertheless also a violent effort to strengthen those societal forces in Turkey and elsewhere that favour a society based on a puritan interpretation of Islam’s social mores. Praising the attack, the Islamic State (IS) noted that its “heroic Caliphate soldier tore down one of the most famous nightclubs where Christians celebrated their polytheistic feast.”

The funeral of Lian Zaher Nasser, a 19-year-old from the town of Tira in the Galilee gunned down in the Reina attack, provided an anti-dote to IS’s assertion. In doing so, it spotlighted the struggle for Islam’s soul in Israeli Palestinian society. Thousands, including Palestinian members of the Knesset, the Israeli parliament, and representatives of the Palestine Authority attended the funeral.

So, did many young women, bent on defending Ms. Nasser’s and their right to enjoy life in the face of criticism that she had violated Islamic mores by visiting a nightclub and celebrating New Year, a secular feast of the infidels. Their struggle often marks a rejection of the more traditional social mores of their elders.

It is fought not only by defying traditional codes but also by young women seeking higher education in much the same way that soccer has emerged for young Palestinian men in Israel as what football scholar Tamer Sorek calls an “integrative enclave” that allows them to escape Israeli discrimination and Palestinian societal inhibitions. Their ambitions are fuelled by the fact that unlike youth in predominantly Muslim societies elsewhere in the Middle East and North Africa, they are exposed to Israel’s more open society.

“This attempted slander is another murder of Lian,” Ala’a Abdulahi, a native of Tira who survived the attack on Reina, told Israel’s Haaretz newspaper, referring to conservative criticism of their visit to the nightclub. “We arrived in Istanbul as independent young women and it is our right to celebrate the New Year’s in a well-known and exclusive club, and whoever this does not fit can go and break their head,”

Her words were echoed by municipal leaders of Tira. “We are proud of Lian and her friends. We take pride in a young generation that is steadfast against the symbols of darkness and obscurity. We strive for life and young people among us who decide what is good and what is not. No one will force them to do anything. Those who try to impose their views, tell them: your position is unacceptable. These dark forces will not deter the young lovers of life. We represent true Islam. There is no place for those who adopt a false jihad,” Mayor Mamoun Abd El Hai said in a eulogy at Ms. Nasser’s funeral.

The defense of Ms. Nasser’s right to shape her own life reflects the divide aggravated by the Reina attack between secular and religious segments of society in Turkey that like Israel is far more open than most societies in the region. The impact of creeping ultra-conservatism in Turkey was evident in a statement in December by the Turkish government’s Directorate of Religious Affairs or Diyanet declaring the celebration of New Year “alien” to Turkish values.

The statement followed an Islamist campaign seeking to persuade Turkish Muslims not to celebrate Christmas. In one incident, posters pictured Santa Claus being publicly punched by faithful Muslims. In another, ultra-nationalists organized a protest in which they pointed guns at the head of Santa Claus.

To be fair, Islamist groups in Turkey have a long history of opposition to celebrations of Christmas and New Year without resorting to violence. There is moreover no love lost between IS and the Diyanet, which the jihadists view as apostate.

The bombing has nonetheless sharpened the battle lines in Turkey where many secularists feel that the government’s promotion of conservative values and sweeping crackdown on critics in the wake of last July’s failed coup attempt has divided rather than united the country and deepened the social divide.

While Israeli Palestinians and Turks openly challenge conservative mores, Saudis need to be more circumspect even if they embrace the same values. Seven Saudis were among the victims of the attack on Reina.

Speaking to Al Arabiya, Saudi journalist Mona al-Nasser stressed that Reina’s nightclub was in a separate section from the restaurant and criticised those who had condemned Saudis who frequented the establishment. “I had personally dined at Reina before and like any other restaurant in Europe or in other Western cities, there are alcoholic beverages and music being played. Reina is one of the most elitist restaurants in Istanbul that is visited by many Arabs over the years,” Al-Nasser said.

All in all, IS’s strategy may have backfired by attacking Reina. If anything, it has emboldened Muslim youth, particularly in countries whose nationals were among the victims, to stand up for their right to craft lives that reflect a more liberal, less restrictive interpretation of Islam. They more often than not take a stand individually in the quiet choices they make rather than in efforts to effect change collectively.