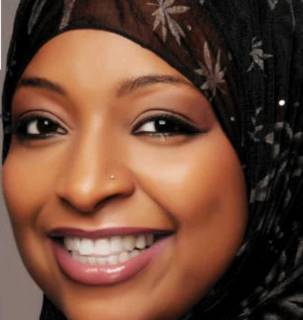 A few days ago, the social media was awash with pictures of over 100 Muslims who were among about 2,000 faithful as they worshipped at the 11th-century Gothic cathedral of Rouen near the Normandy town where some misguided jihadi teenagers killed 85-year-old Father Jacques Hamel.

It was indeed a wondrous sight to behold as Muslims also attended Catholic mass in churches around France to show solidarity and sorrow after the murder of the priest.

However as usual, this iconic solidarity gesture was largely underreported by many Western media agencies.

There is a current fixation in mainstream Western media and academic discourse pertaining to Islam and the West.

This current fixation is tinged with the negative portrayal of Islam and Muslims, depicting Muslims generally as violent, fanatical, bigoted, or as extremists and terrorists.

Hence, giving rise to Islamophobia especially in Western countries. Islamophobia is a neologism used to refer to an irrational fear or prejudice towards Muslims and the religion of Islam as it condemns Islam and its history as extremist, and regards Islam as a problem for the world.

The “Islamophobia Observatory” at the Organization of Islamic Conference (OIC) defines Islamophobia as “an irrational or very powerful fear or dislike of Islam”.

Its manifestations include prejudice, stereotyping, hostility, discriminatory treatment, denigration of the most sacred symbols of Islam and also non-recognition of Islam and Muslims by the law of the land.

Islamophobia has intensified with the 9/11 bombing of the World Trade Center, the Taliban’s fundamentalist proscriptions and restrictions in Afghanistan, the Charlie Hebdo attack in France, and the emergence of the self-proclaimed Islamic State group (ISIS) which allegedly shows videos of the beheadings of their prisoners.

As a result, Islamophobia has become the mainstream media discourse where images of Muslims as murderous fanatics are abound in movies, videos and computer games.

This has negatively affected Muslims as their identity and their concerns are increasingly being defined in terms of an oppositional contention that pits Islam and Muslims against the rest of the world.

We all know it is the nature of the media to report on the novel, the sensational, the bizarre, the dramatic, the extraordinary but not the ordinary occurrences in life.

With regards to Islam, most Western media does not report about peace-loving Muslims, or Muslims’ striving for holiness and daily jihad against their egos and natural temptations, or peaceful coexistence between Muslims and Christians in different parts of the world.

This is saddening and downright prejudicial.

Islamophobia in the media refers to the occurrence or perception thereof that several media outlets tend to cover Muslims or Islam-related topics in a negative light.

They tend to highlight crimes committed by Muslims in an undue and disproportionate manner; thus, exacerbating the growth of Islamophobia almost exponentially.

Since media coverage of Muslims and Islam is likely to shape the opinions of those who have limited or no contact with the religion and its people, Islamophobia flourishes and they see every Muslim as a terrorist.

Various researches have shown that the U.S. identified more than 160 Muslim-American terrorist suspects and perpetrators in the decade since 9/11, just a percentage of the thousands of acts of violence that occur there each year.

It has been said that the West’s depiction of Islam and the Muslims as the ‘other’, derives from centuries-old stereotypes of Muslims as violent, oppressive and intolerant.

Thus, Islamic and Muslim values and attitudes have systematically been characterised as being incompatible with ‘Western values’.

Muslims are often stereotypically portrayed in many Western media reports as a devoutly religious and undifferentiated group sharing a fundamentalist version of Islam.

A Washington Post/ABC News Poll in 2006 found that the negative view of Islam among Americans had increased by seven percentage points, from 39% to 46%.

The poll also showed that the proportion of Americans holding the view that Islam/violence against non-Muslims had more than doubled since the 9/11 attacks rose from 14% in 2002 to 33% in 2006.

The percentage keeps on increasing.

Unbeknownst to many, the vast majority of citizens in Muslim countries hate ISIS as much as most Westerners (if not more) do.

A recent survey from the Pew Center of 11 countries with substantial Muslim populations shows widespread negative attitudes toward the terrorist group — in no country did support for ISIS rise above 15%.

It’s so sad that all the good things Muslims are doing get ignored while the barbaric subset of the Muslim world that claims the faith become the spokespeople via some Western media outlets penchant for stereotypedness.

Not too long ago, Muslim scholars and countries wrote an open letter condemning the acts of ISIS, which was largely ignored and under-reported by the Western media.

However, if you have one crazy guy of Arab descent or having a Muslim name wielding a sword and chanting “Allahu Akbar”, you can be sure that his action would elicit several news coverage, making him the poster child of Muslims and Islam.

The point is that Islam has been consistently and stereotypically portrayed by the global media as a violent-prone religion that is diametrically opposed to the West.

Surely, the world’s over 1.6 billion Muslims should not be held responsible for the actions of a few extremists.

Undeniably, the media has a powerful ability to shape the way we view our world.

The Western media’s default of erasing distinctions between Islam and terrorism is however, contributing immensely to the fueling of Islamophobia around the world.

Countering Islamophobic media representation would involve firstly, organising ourselves (i.e.Muslims) so that we can effectively advance our own narrative and get our own story out there rather than reacting and firefighting when crises happen.

If we complain about Islamophobia and media demonisation, we also need to support the work of those who are countering it. Secondly, getting into the mainstream media could help.

If many Muslim journalists who are genuinely anti-Islamophobia could get into the mainstream media, success could be achieved in changing the overall negativity towards Islam and Muslims.

Thirdly, we need to sponsor more reports on Islamophobia. Unless more documentation and yearly opinion surveys are conducted, people will continue to dismiss Islamophobia as a reality.

So far, the UK is the only country which has officially commissioned a report on Islamophobia. While in places like the US, the word has yet to become a part of their media.

Lastly, coming out and categorically denouncing those who inflict mayhem and atrocious crimes in the name of Islam, would prove to the world that like any other religion, there are good and bad elements.

For Adverts Placement Or Free News Updates, Contact Us On WhatsApp Or Call: 08083609209. Email [email protected] To Publish Your Articles.