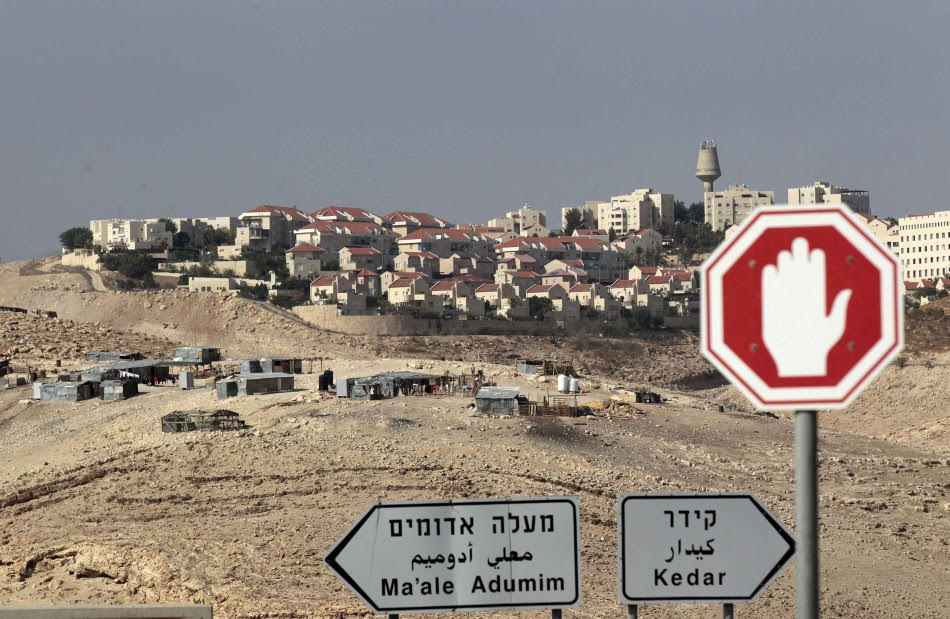 Human Rights Watch (HRW) has accused world soccer body FIFA of allowing FIFA-sanctioned matches to be played on occupied land in the West Bank in violation of FIFA rules and has demanded that the group ensure that future games be staged within the borders of Israel prior to the 1967 Middle East war.

HRW released its report in advance of a FIFA meeting scheduled for October in which the group is expected to discuss barring Israeli soccer clubs from playing in the West Bank. The Israel Football Association has complained that Tokyo Sexwale, the head of a FIFA committee established to deal with Israeli-Palestinian soccer issues, would be presenting his report without giving the IFA an opportunity to review it.

The demand further leaves Israeli military policy that restricts Palestinian access to Israeli settlements unchallenged. HRW may have been better served by demanding that Israeli settlement teams be barred from competition in Israeli leagues and be included in Palestinian ones. Such a demand would have clearly differentiated between Israel proper and the West Bank, put pressure on Israel’s military to reverse discriminatory policies, and put the PFA on the spot in terms of including settlement teams.

The PFA and IFA’s position reflect the views of their respective governments. Palestine, supported by a majority in the international community views the West Bank as territory occupied by Israel for the past 49 years since it was conquered during the 1967 war. The IFA justifies participation of settlement teams in its leagues on the ground that the West Bank is disputed territory whose future has yet to be determined.

The HRW campaign against the Israeli settlement teams came as Palestine Authority President Mahmoud Abbas told the United Nations General Assembly earlier this month that he would put forward a Security Council resolution that would condemn the Israeli outposts. Without mentioning the United States by name, Mr. Abbas called on Washington not to veto the resolution.

US President Barak Obama reportedly raised with Israeli Prime Minister Benyamin Netanyahu on the side lines of the General Assembly “profound US concerns about the corrosive effect that that (settlements) is having on the prospects of two states.” Settlements are expected to feature prominently in a framework for Israeli-Palestinian peace talks Mr. Obama may put forward before leaving office in January. Israel has increased the construction of settlements by 40 percent this year compared to last year.

The battle between Israel and Palestine in FIFA is a forerunner of likely similar confrontations in multiple international organizations as Palestine seeks to force Israel to halt its settlement activity before engaging in any new negotiations to end the Israeli-Palestinian conflict.

HRW Israel and Palestine Authority director Sari Bashi argued that FIFA in the wake of adopting a human rights policy earlier this year, was not applying to Israel its rules and past practices in similar situations such as Crimea, Nagorno Karabakh and the self-declared northern Cypriot state.

European soccer body UEFA in 2014 rejected the move of Crimean clubs from Ukrainian to Russian leagues following Russia’s occupation of the territory. UEFA said Crimea would be considered a “special zone for football purposes” until the conflict has been resolved.

Similarly, FIFA has refused to recognize Northern Cyprus which unilaterally declared itself independent following a 1974 Turkish invasion or the predominantly Armenian enclave of Nagorno Karabakh that is part of Azerbaijan but occupied by Armenia. The denial of recognition meant that teams from the two territories are barred from FIFA competitions and not allowed to participate in leagues of the occupying nation.

A report commissioned by FIFA and written by Harvard professor John Ruggie, the author of the United Nations Guiding Principles on Business and Human Rights (UNGP), which outline the human rights responsibilities of businesses, advised the soccer body to adhere to the principles.

The HRW report asserts on the basis of the fact that both Israel and Palestine are members of FIFA that “by allowing the IFA to hold matches inside settlements, FIFA is engaging in business activity that supports Israeli settlements, contrary to the human rights commitments it recently affirmed.”

HRW said that “doing business in the settlements is inconsistent with these commitments.” It said that “settlement football clubs provide part-time employment and recreational services to settlers, making the settlements more sustainable, thus propping up a system that exists through serious human rights violations… The clubs provide services to Israelis but do not and cannot provide them to Palestinians, who are not allowed to enter settlements except as labourers bearing special permits. Because of this, football teams, for example, operating in the settlements, are available to Israelis only, and West Bank Palestinians may not participate, play on the teams or even attend games as spectators.”

The report noted that in the case of sports club Givat Ze’ev, “the IFA, and therefore FIFA as well, are holding matches on a playing field that was rendered off-limits to its Palestinian owners, two families from neighbouring Beitunia who were unable to access their land after Israel built the settlement in 1977 and prevented Palestinians from entering it. The Palestinian town of Beitunia has lost most of its agricultural land because of Israeli military orders barring access and physical barriers.”

The issue of soccer teams from Israeli settlements on the West Bank has been gaining traction in recent months. A petition organized by advocacy group Avaaz and signed by 150,000 people demanded that Mr. Sexwale “uphold FIFA’s own rules and provide fair recommendations to evict Israeli settlement teams from FIFA. There should be zero tolerance for the six teams that flagrantly ignore international law and operate in occupied territory. Settlement football teams legitimise the illegal occupation and condones the suffering the Palestinians face as a result,” the petition said.

In comments to HRW on the report, Shay Bernthal, chairman of the Ariel Football Club, a West Bank settlement team, insisted that the clubs were not discriminatory or racist. While HRW was referring to West Bank Palestinians in its assertions of discrimination, Mr. Bernthal noted that Palestinians with Israeli citizenship played for settlement teams much like they play for squads in Israel proper.

“You did not mention that the collaboration between me and clubs from the sector [Arab citizens of Israel] is excellent. You did not mention the club’s activities against racism and violence, and you did not mention what concrete action I took to try and promote peace: a game against a Palestinian club, having two Muslim players on my adult team and more,” Mr. Bernthal said.

IFA legal advisor Efraim Barak, responding to the report and contacts between the IFA and Ms. Bashi, employed the fiction upheld by all international and national sports associations that sports and politics are separate.

“We make no distinction between any of the Israeli football teams that are active in the IFA and have players from different nationalities and backgrounds playing together in comradery and full cooperation, regardless of where the clubs are located. The same holds true for clubs located in places whose final status is to be determined,” Mr. Barak wrote in what is an inherently political statement that aligns the IFA with Israeli government policy.