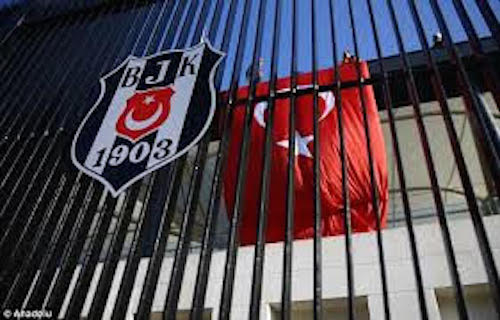 Twin bombs in central Istanbul may not have targeted Besiktas JK’s newly refurbished Vodafone Arena stadium, but underscore the propaganda value of attacking a soccer match for both jihadist and non-jihadist groups. They also raise questions about counter-terrorism strategy.

The Kurdistan Freedom Falcons, a splinter of the outlawed Kurdistan Workers Party (PKK), claimed responsibility for Saturday’s blasts that targeted police on duty to maintain security at a match between top Turkish clubs Besiktas and Bursapor. Thirty-eight of the 30 people killed in the attacks were riot police.

Unlike the targeting of stadiums by jihadist groups such as the Islamic State’s attack on the Stade de France in Paris in November last year and its reportedly subsequent foiled attempts to bomb international matches in Belgium and Germany, the Falcon’s operation appeared designed to maximize police casualties and minimize civilian casualties.

American-Turkish soccer scholar and writer John Konuk Blasing reporting from Istanbul during the blasts noted that the attacks occurred two hours after the match attended by more than 40,000 people had ended. Mr. Blasing argued that the timing called into question President Recep Tayyip Erdogan’s effort to capitalize on the attacks by asserting that they had been “aimed to maximise casualties” irrespective of their identity.

Mr. Blasing reasoned that “the target of the stadium was chosen in order to send a message, a twisted and violent message that says: ‘We can do worse damage if we wanted to. Right now, we are attacking the state, not citizens. But if we want to target citizens, we can do that too.’”

With other words, Kurds much like the Islamic State or Al Qaeda in the past, Boko Haram in Nigeria or Al Shabab in Somalia could one day also target soccer matches that maximize the publicity effect of their operations because the games are often broadcast locally, regionally and internationally.

Mr. Erdogan’s assertion that the Istanbul attacks sought to cause random casualties served two purposes: to lump together all forms of political violence, jihadist attacks that seek to cause maximum civilian casualties, and in the case of militant Turkish Kurdish groups, the targeting of a state that long suppressed Kurdish political and cultural rights and cynically derailed promising peace talks in June 2015 when it served the electoral needs of the president’s ruling Justice and Development Party (AKP). The breakdown in the talks occurred as Mr. Erdogan was preparing for a second round of elections in November of that year after June polls had produced a hung parliament.

To be sure, the government and the PKK share equal blame for the collapse of the six-year old peace talks that followed the killing by the PKK of three Turkish policemen in June 2015. Similarly, south-eastern Turkey continued to experience sporadic violence during the ceasefire agreed upon at the outset of the talks and the PKK had not fully lived up to its commitment to disarm and withdraw from Turkish territory.

Nonetheless, analysis with a supercomputer of two years’ worth of geospatial data that sought to establish how militant Kurdish groups perceived threats suggested that the ceasefire on Turkish soil had been largely successful prior to the killing of the policemen. International relations scholar Akin Unver, who conducted the analysis noted that the PKK had focused its military activity in 2014 and early 2015 on fighting the Islamic State in Syria in a bid to further the national aspirations of its Syrian Kurdish brothers.

Amid Turkish and Kurdish doubts about the sincerity of their interlocutors in the peace talks, PKK support for the Syrian Kurds challenged Turkish policy that often was far more focussed on stymieing the rise of Kurdish nationalism and the emergence of Syrian Kurdish entity than on defeating the Islamic state that it at times viewed as a bulwark against the Kurds. The killing of the Turkish policemen was the convenient straw that broke the camel’s back.

Mr. Unver warned that the renewed hostilities with the Kurds coupled with Mr. Erdogan’s crackdown on the pro-Kurdish Peace and Democracy Party (HDP) whose leaders and members of parliament have been targeted and/or detained in the wake of July’s failed military coup, “serves as fodder for disenchantment and radicalisation” among the Kurds.

Mr. Unver’s analysis has a bearing on Mr. Erdogan’s effort to lump all political violence together. To be sure, distinctions do not justify the use of violence, nor does the targeting of police officers rather than civilians give it any greater moral value.

The distinction is nonetheless significant in establishing the facts on the basis of which strategies to prevent escalation and the further shedding of innocent blood can be prevented. More than 30 years of armed confrontation between the Turkish military and Kurdish militants in which upwards of 40,000 people have been killed have failed to resolve the conflict.

Mr. Unver’s analysis suggests the pursuit of a negotiated, political solution, however fraught, may have been a more promising approach at a time that political violence perpetrated by multiple groups has wracked Turkey. Not counting devastating jihadist attacks, Saturday’s bombings were the sixth Kurdish operation this year.

“It is chilling that this may only be a prelude to much worse in Turkey,” Mr. Blasing noted. Much worse does not bode well and could increasingly turn soccer pitches among others into prime targets.