It’s Not Too Late For Wole Soyinka to Repent 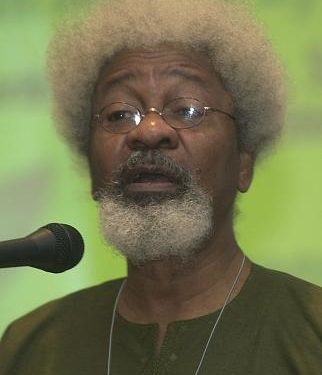 For what shall it profit a man, if he shall gain the whole world, and lose his own soul? Mark 8:36 (KJV)

It baffles when one reads from worldly intellectuals who seem unable to comprehend and appreciate things as simple, plain and obvious as God. It becomes hard to reconcile how their ‘high’ intellect can yet be so lacking in what to us is perhaps the most basic properties of existence and the very reason behind it. It’s like being able to program a computer but unable to add 1 to 1.

The latest piece by Nobel laureate Wole Soyinka, titled “To Everything, Its Place” as it appeared in SaharaReporters, was one more piece by the unbelieving, globally renowned fanatically anti-God professor that scratched the mind. In a nutshell, the professor was trying to separate God from the school.

Professor Soyinka believes as he expressed, as appreciated by me, that mixing God and Holiness with children’s academic life causes “religious clashes of increasing savagery.” Once again, the professor casually linked religiousness and God-consciousness with Boko Haram as the symbol and in a way, only terror he knows of. He would prefer that things like veils that make a student “show off” as being “holier” are discarded along with shows of wealth in student dressing. The professor casually described the use of British colonial school uniforms as consecrated and sacrosanct, defending this “doctrine” on the basis of a lack of national debate on its retained significance “after several decades of independence.”

Most schools in the United States and perhaps most schools in most countries in the world do not use school uniforms. In Europe, Britain and Ireland are the only countries where the school uniform is widely adopted by state schools and generally supported by the government. One wonders how small Soyinka’s world is that he thinks school uniforms are standard, or perhaps, how much he attempts to contract the world to pursue his arguments.

The attempt to define student learning as a process not to be interfered with by wealth or morality, falls flat on its face when one studies the American academic system where children wear their fancy clothes to school if they can afford it and those who believe in veils cover their hair as recommended in the Bible and Quran, if and as they deem fit. Does a peer wearing designer clothes frustrate a fellow student and destroy him? Does a classmate wearing a veil feel she is demonstrating a “holier than thou” attitude and does this frustrate her peers? Where did professor Soyinka get these ideas from? It’s certainly been long but has he completely forgotten his childhood schooling experience?

I went to school in my kid years in Geneva Switzerland. My “primary” school, La Chataigneraie international school like most others did not prescribe the “holy” uniforms and did not discriminate wealth or holiness. We had a very wealthy friend called Sultan. We used to call him Salt and pepper. As you may imagine, Sultan was the filthy rich kid of a Sultan. While his wealth of games and toys that I could only dream of, was clearly appealing to me at my tender age, I was not oppressed by it. Sultan also did not see his wealth as a tool of subjugation as wealthy adults do, but had us “poor” black brothers as his best pals, to play with all his toys with. He even gave us many to take away when my brother and I left the school.

If there is a time that human beings can and should be tested and taught what diversity is, is it not at a tender age? Or would the professor rather promote a fake uniformed world where all realities are snuffed so when the children suddenly graduate and go to university as happened with Boko Haram founders, and witness the disparity, oppression and inequality, they revolt and establish terror groups on the basis of “fighting inequality and government corruption that breeds it” as was Boko Haram’s foundational sell pitch? What does the professor know of attribution, correlation and association and on what basis does he draw up and select his explanations for Boko Haram (the only terror he appears to know).

As children, seeing fancy toys we could not own, we turned into master inventors and creators. We made our toys. We built and built and by the time I was in a secondary school in Nigeria, I was a chief inventor. Together with a secondary school best friend who today is Nigeria’s top drone expert and was involved in the Gulma drone the Jonathan government built, my humble self led our school to Junior Engineers and Technicians victories. I would say there was an advantage to seeing things I could not own, that challenged me as a pupil. I believe certain challenges I faced in that international school in Switzerland moulded me into a human right advocate I am today.

Bring the wealth, bring the holiness, bring the high IQs and let us also bring our poverty, skin complexion, lower IQs and other social and physical qualities and inequalities and let a proper school with sensible teachers marinate all that into a good soup. And even if wealth is to be checked at the school’s door; does a school not teach morality and holiness?

If as the professor loves to repeat, the errors of takfiri Muslims which he believes is in the very essence of Islam as a whole, led to the development of Boko Haram, what causes Ombatse, MEND, Niger Delta Avengers, armed robbers, government officials, and all other terror-associated formations? The lack of Islam? The lack of the veil? Does the professor not see his arguments as too simplistic?

As Professor Soyinka advances in age I wonder if he is able to answer the question all anti-Godists have yet been unable to: what is the purpose of his existence? Why do those kids need to go to school in the first place? To learn, earn, breed and die…like animals? To continue to propagate the human species for the sake of propagating the human species? To have fun without fear, to love life and fear death? To wear uniform and be uniform, or not to? To Ben Stein’s amusement, a foremost anti-God faithful fanatic prophet, Richard Dawkins said Aliens put us here. Perhaps life’s purpose is to serve the aliens?

Why a place for everything?