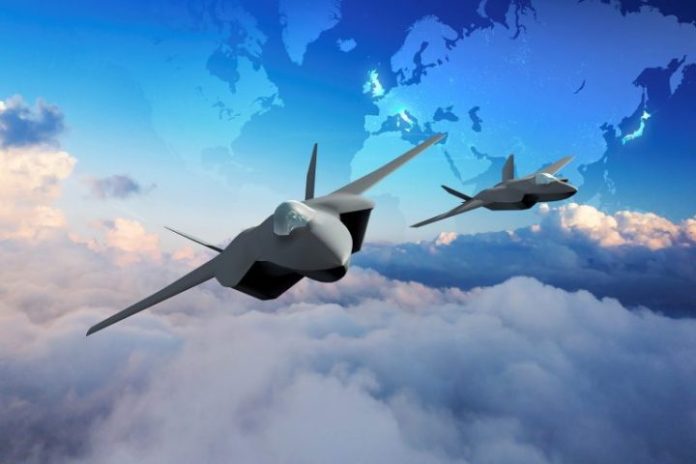 Japan, the United Kingdom, and Italy announced Friday that they would collaborate to develop a next-generation fighter jet, with the possibility of future collaboration with allies including the United States.

The new jet, which is expected to be ready by 2035, will combine the nations’ current research into cutting-edge air combat technology, ranging from stealth capability to high-tech sensors.

The three countries said in a joint statement that the “ambitious endeavor” would “accelerate our advanced military capability and technological advantage” at a time when “threats and aggression are increasing” globally.

Their announcement was accompanied by a series of images depicting the sleek new jets flying past Mount Fuji, over London, and over Rome.

They did not provide a cost estimate, but the three countries were already investing billions of dollars in fighter jet development, efforts that would be consolidated under the Global Combat Air Programme.

“We share (an) ambition for this aircraft to be the centerpiece of a larger combat air system that will operate across multiple domains,” according to the statement.

This includes “future interoperability with the United States, the North Atlantic Treaty Organization, and our partners” in Europe, Asia, and around the world, according to the statement.

In a separate joint statement with Japan’s defense ministry, the US Department of Defense stated its support for the project.

“We have begun important collaboration through a series of discussions on autonomous system capabilities, which could complement Japan’s next fighter program, among other platforms,” according to the US-Japan statement.

Britain and Italy had already been collaborating on a future fighter jet project called Tempest, which was launched with great fanfare in 2018.

The goal was to create a twin-engined stealth aircraft that could be operated manned or unmanned, would not be detected by radar, and would include features like laser-directed weapons and a virtual cockpit by 2035.