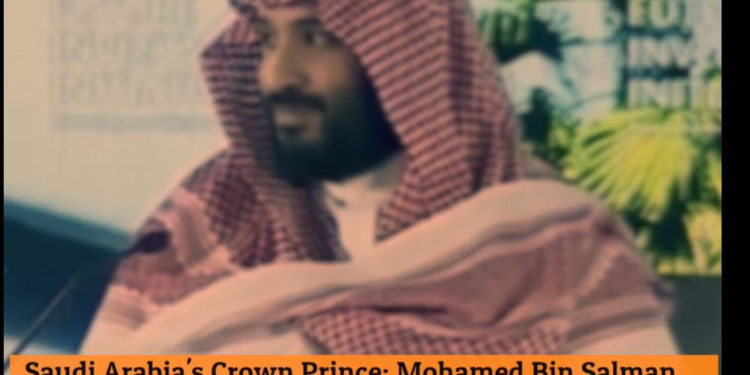 Plans to open a Salafi missionary centre in the Yemeni province of Al Mahrah on the border with Oman and Saudi Arabia raise questions about Saudi Crown Prince Mohammed bin Salah’s concept of a moderate form of Islam.

The questions are prompted by the fact that Prince Mohammed has so far put little, if any, flesh on his skeletal vow last October to return his ultra-conservative kingdom to “moderate Islam.”

The crown prince has created expectations of more social liberalism with the lifting of a ban on women’s driving, a residual of Bedouin rather than Muslim tradition, as well the granting of female access to male sporting events; the legitimization of various forms of entertainment, including cinema, theatre and music; and the stripping away of the religious police’s right to carry out arrests.

While removing Saudi Arabia as the only Muslim country that didn’t permit women to drive or allow various recreational activities, Prince Mohammed has yet to conceptualize what a rollback of Sunni Muslim ultra-conservatism would mean in a nation whose public life remains steeped in a puritan interpretation of the faith. (The lifting on the ban of women entering stadiums leaves Iran as the only country that restricts female access to male sporting events.)

The disclosure of the plan for a Salafi mission suggests Prince Mohammed may only want to curb ultra-conservatism’s rough edges. It also calls into question Saudi policy in Yemen that is reminiscent of past failures.

Saudi Arabia’s conflict with Iranian-backed Houthi rebels, a Zaydi Shiite Muslim sect with roots in a region bordering the kingdom, dates to Saudi employment of Salafism to counter the group in the 1980s.

The plan harks back to the creation of an anti-Shiite Salafi mission near the Houthi stronghold of Saada that sparked a military confrontation in 2011 with the Yemeni government, one of several wars in the region. The centre was closed in 2014 as part of an agreement to end the fighting.

Prince Mohammed’s use of ultra-conservative Sunni Islam in his confrontation with the Houthis was also evident in the appointment as governor of Saada of Hadi Tirshan al-Wa’ili, a member of a tribe hostile to the Shiite sect, and a follower of Saudi-backed Islamic scholar Uthman Mujalli. Mr. Mujalli reportedly serves as an advisor to Abd Rabbu Mansour Hadi, the exiled, kingdom-backed Yemeni president.

“Over the past forty years, the Saudi government has invested heavily in Salafi-Wahhabi-style madrasas and mosques in the northern areas, only to realise that this programme was jeopardised by the Zaydi revival movement. If the Houthis were to be defeated in their home province, it is likely that the Salafi-Wahhabi programme will be revived, and implemented more fiercely than in previous years,” said Yemen scholar Gabriele vom Bruck.

The disclosure of the Al-Mahrah plan coincided with a damning 79-page United Nations report that condemned Saudi, Iranian and United Arab Emirates interventions in Yemen. The report concluded that Saudi and UAE proxies threatened peace prospects and that a secession of South Yemen that includes Al Mahrah had become a distinct possibility.

The questions about Prince Mohammed’s concept of a moderate Islam go beyond Yemen. The arts, including cinema, remain subject to censorship that is informed by the kingdom’s long-standing ultra-conservative values. A soccer player and a singer are among those who face legal proceedings for un-Islamic forms of expressing themselves.

The government last year introduced physical education in girls’ schools and legalized women’s fitness clubs, but has yet to say whether restrictions on women competing in a variety of Olympic disciplines will be lifted.

Similarly, and perhaps more importantly, it has yet to indicate whether male guardianship, gender segregation, dress codes that force women to fully cover, and the obligatory closure of shops at prayer times will be abolished. Also, the government has still to declare a willingness to lift the ban on the practice of non-Muslim faiths or adherence to strands of Islam considered heretic by the ultra-conservatives.

The example of Yemen suggests that little has changed in Saudi Arabia’s four-decade-old, $100 billion global public diplomacy campaign that promoted Sunni Muslim ultra-conservatism as an anti-dote to revolutionary Iranian ideology.

Yemen is but one extreme of the spectrum. The Saudi-funded and operated grand mosque in Brussels is the other. Saudi Arabia, responding to Belgian criticism of the mosque’s ultra-conservative management, last year appointed as its imam, Tamer Abou el Saod, a 57-year polyglot Luxemburg-based, Swedish consultant with a career in the food industry. Senior Saudi officials have moreover responded positively to a Belgian government initiative to prematurely terminate Saudi Arabia’s 99-year lease of the mosque so that it can take control of it.

In contrast to Yemen, where the use of ultra-conservatism is a deliberate choice, Prince Mohammed may feel constrained in his moderation quest in the kingdom by the fact that his ruling Al Saud family derives its legitimacy from its adherence to ultra-conservatism. In addition, the kingdom’s ultra-conservative religious establishment has repeatedly signalled that the views of at least some its members have not changed even if it has endorsed the crown prince’s policies.

Saudi Arabia last September suspended Saad al-Hijri, a prominent scholar in charge of fatwas in the province of Asir, for opposing the lifting of the ban on driving because women allegedly had only  half a brain that is reduced to a quarter when they go shopping. Sheikh Saad made his comment after the Council of Senior Scholars, Saudi Arabia’s highest religious body, had approved the move.

By the same token, no public action was taken against Sheikh Salih al-Fawzan, a member of the council, who declared on his website that “If women are allowed to drive they will be able to go and come as they please day and night, and will easily have access to temptation, because as we know, women are weak and easily tempted.” A video clip of Sheikh Salih’s view was posted onYouTube in October. It was not clear when the scholar spoke or whether he had approved the posting.

A main thrust of Prince Mohammed’s drive to return to moderate Islam is the fight against extremism, involving among others the creation of a centre to oversee the interpretations of Prophet Muhammad’s teachings in a bid ensure that they do not justify violence.

There is indeed little doubt that the kingdom is serious about countering extremism. Opposing extremism, however, does not automatically equate to moderation or concepts of tolerance and pluralism. Prince Mohammed has yet to clarify if those concepts are part of his notion of moderation. His track record so far is at best a mixed one.