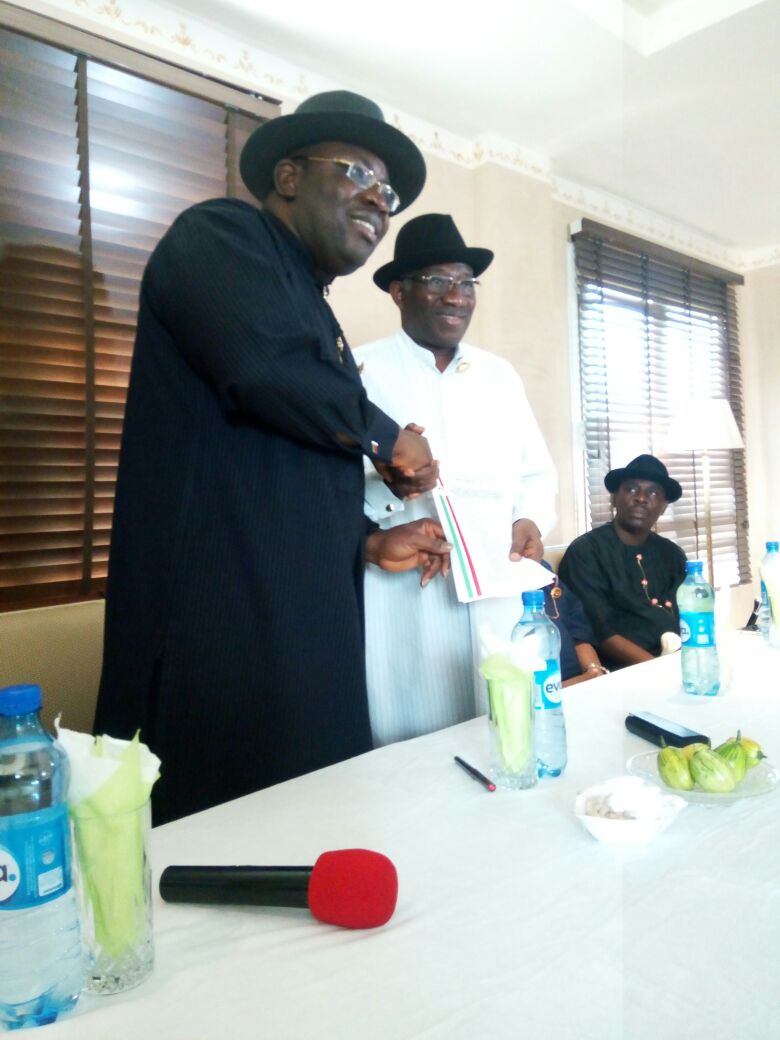 Bayelsa State Governor, Seriake Dickson has said that the six years that the Ex-President Goodluck Ebele Jonathan spent as Nigeria’s president was a wasted opportunity for the Ijaw people.

Governor Dickson made the comment on Tuesday while speaking at a conference of Ijaw leaders and youths who had gathered for the annual celebration of their hero, Major Adaka Boroh at the Ijaw House, Yenegoa.

According to Dickson, Ministers and presidential aides from Ijaw who worked with the ex-president for six years failed to work with him in the interest of the Ijaw people but were after selfish interests.

He said this made the six years of former President Jonathan a wasted period for the Ijaw people who thought their son had gotten to the helm of political affairs of this nation to change their lots for the better.

Governor Dickson maintained that, as such, “they suffered from the Bayelsa-Ijaw disease of pulling-him-down syndrome.”

“It is true that we are celebrating Boroh, but ask yourself whether you are doing your bit. Boroh came, saw and did his bit and has gone. I and my team have come and we have taken up the battle from where Boroh stopped and we are doing our duties.”

“Each of us must examine ourselves and to be frank we have not done very serious examination in this state and in the Ijaw nation. We cannot blame God. God has been very merciful and kind to us particularly of late,” he added.