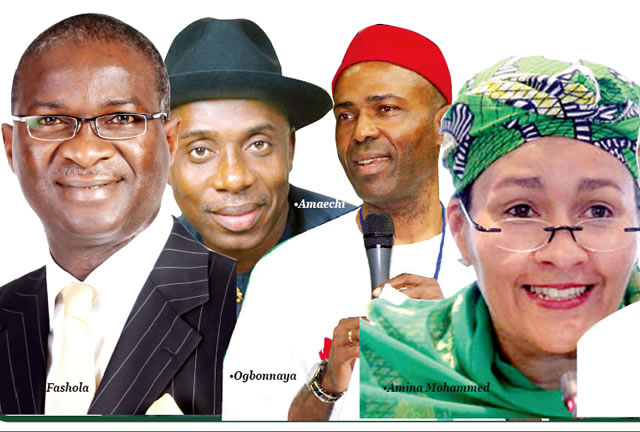 Each of the 37 ministers sworn in by President Muhammadu Buhari on Wednesday will receive current remuneration packages approved by the Revenue Mobilisation, Allocation and Fiscal Commission, SUNDAY PUNCH has learnt.

According to the current package, the Minister of Power, Works and Housing, Mr. Babatunde Fashola; Minister of Transport, Mr. Rotimi Amaechi; Minister of Information and Culture, Mr. Lai Mohammed and other senior ministers will get N4,052,800 as housing allowance. The annual housing allowance is 200 per cent of a minister’s annual remuneration.

For entertainment, each of the ministers is entitled to N911,880 annually or N75,990 per month. This is 45 per cent of the annual basic salary.

The summation of these annual allowances for the junior ministers is N12,597,332 for each minister excluding the optional vehicle allowance. Yearly, the Federal Government is expected to pay the 13 junior ministers no less than N163,765,316. Read full on Punch