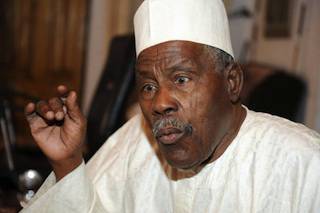 By Soni Daniel and Joseph Erunke

SOME prominent northerners including the former Chief Justice of Nigeria, CJN, Mohammed Uwais and Secretary to the Government of the Federation, SGF, Ambassador Babagana Kingibe and former Nigerian Ambassador to the United Nations, Ibrahim Gambari have asked the President -elect, General Muhammadu Buhari, rtd, declare amnesty for Boko Haram insurgents when he takes over power on May 29.

However, Second Republic lawmaker, Dr. Junaid Mohammed, dismissed the call saying it would amount to rewarding criminals instead of punishing them for crimes against humanity.

They also asked Buhari to give priority attention to the special economic programmes for the North East geopolitical zone which had been ravaged by the Boko Haram terrorists, just as they warned against the scrapping of the on-going amnesty programme for ex-militants in the Niger Delta region.

But in a swift reaction, Second Republic lawmaker, Dr Junaid Mohammed dismissed the call for the extension of amnesty to Boko Haram terrorists as inimical to the country.

“There must therefore be a strong reason for any right-thinking Nigerian to call for amnesty for terrorists in Nigeria. Even the one granted to Niger Delta militants is a scam because it is a reward to those who committed heinous crimes against the rest of the country instead of punishing them adequately.

“As far as I am concerned Gambari does not know much about the Niger Delta than myself and I see his call for the continuous running of amnesty as a serious disappointment and something done in bad taste.’’