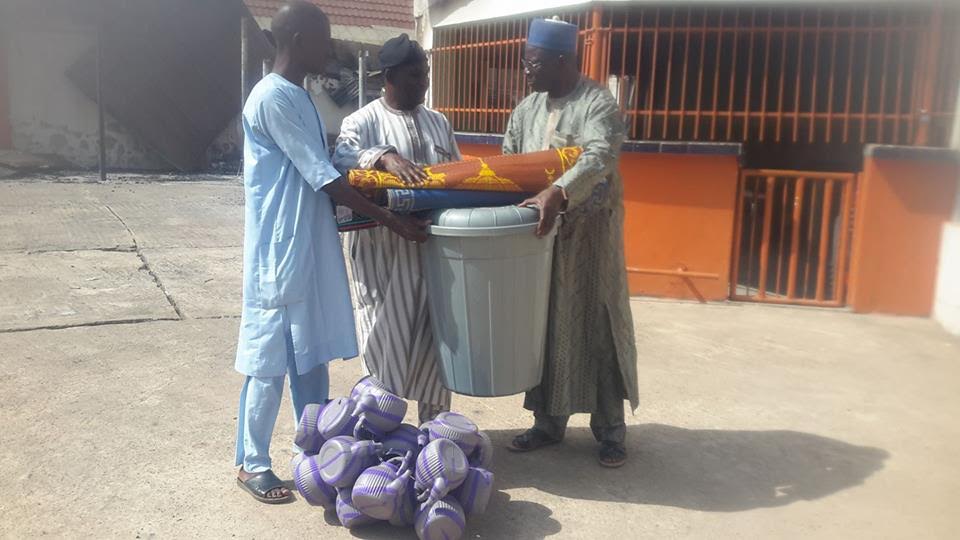 Following the sad story of the fire out break at correspondent chapel Kaduna under Nigerian Union of journalists, that destroyed millions of properties last week.

The general overseer of Christ evangelical intercessory fellowship ministry pastor Yohanna Buru, lead a delegation of Muslim and Christian clerics to the chapel to condoles with members and donated some Prayer mats, plastic kettles and big plastic bucket rubber for the conservation of water of the mosques at the Centre for Muslims to be praying, in other to boost religious tolerance among different faith organization.

Speaking with the press men shortly after handing over the praying materials, pastor Buru said, I was shocked when I had about the news that there was a fire out break at the Centre which causes many destruction of Millions of naira, and these destruction will surely cause set-back to the journalist while carrying out their daily activities.

Buru said in each time, I visit the Centre for an interview with some of my friends journalist, I usually see some Muslims praying at their mosque, unfortunately I came to discovered that even The mosque at the Centre was equally completely burnt-down by the fire” so we pray that May the Almighty God replace the destroyed building in millions folds, adding that we on our part, we will continued praying to God for the continued progress and development of the chapel so that journalist can continued their Daily activities without facing any hindrances.” 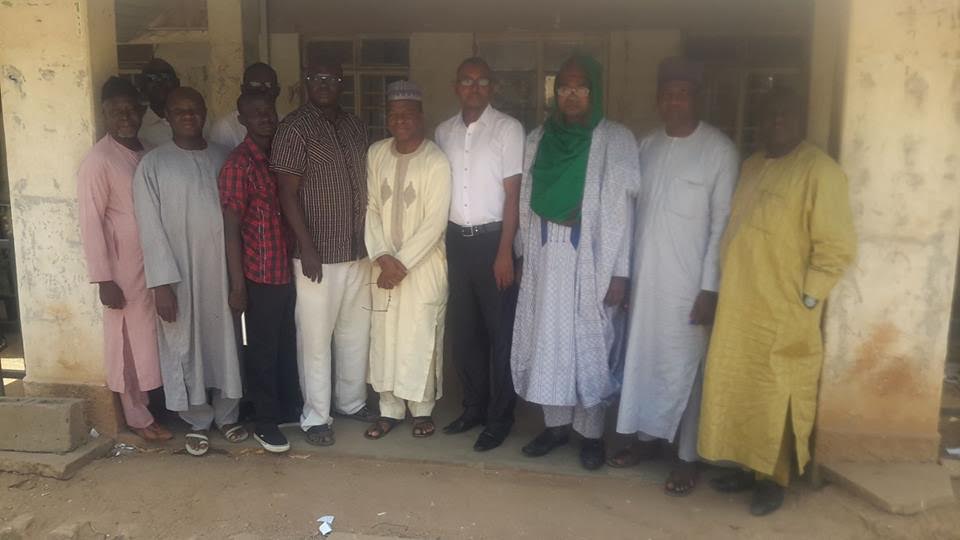 The role of journalist in our society cannot be over emphasized, it is therefore very vital for us to make a call to all the wealthy individuals, Government at all level, NEMA and SEMA, not forgetting private companies and nongovernmental organization for their contribution, for the rebuilding of the destroyed building “The journalist has been helping us in carrying all our messages beyond our imagination across all the countries, we must calls on every stake holder to immensely donate his own-quota for the reconstruction of the correspondent Chapel.”

Pastor Buru also noted that raining season has already started in some part of the country, it would be very difficult for the journalist to be operating in an environment that is not really conducive for them due to the nature of their job , it is there a general call to every Nigerian to donate their own part for the rebuilding of the destroyed building ,in view of the various contributing journalist are donating to the development of every human, socio-political, economic, health wise.

Meanwhile Mallam Lawal Maduru known as mallam Nigga, chairman of Nigga’s rehabilitation center also vow to support the chapel with some chairs for the christians, in other to enabled the journalist to have a place of sitting down and praying.

Receiving the gift item at the chapel, Mr Joseph Edegbo who is the Editor-in-Chief, à The Pen master News and a member of the correspondent chapel Kaduna expressed satisfaction and commended the cleric for his kind gesture.

Mallam Nasir from FRCN Kaduna also Thank pastor Yohanna and appeal to other Nigerians to emulate such gestured.