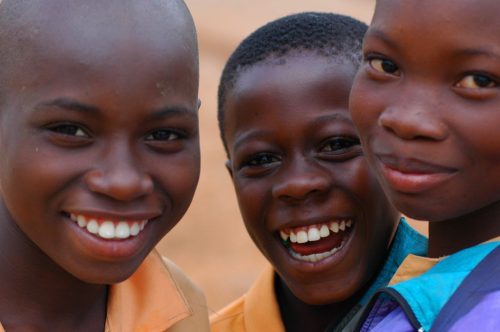 “The Universal Declaration of Human Rights” is the first document to regulate human rights and freedoms. It has been 70 years since its declaration, yet myriad new conventions and documents have been issued on the subject.

Among these documents, there are also exclusive conventions and documents aimed at women, children and people with disabilities aside from human rights in general. The European Convention on Human Rights comes into prominence among the aforementioned documents for both its content and its inclusion of a control mechanism regarding its implementation. What renders this convention important, however, is the determination displayed by all the contracting states of the convention towards compliance with the values of human rights and making progress in this regard.

Now the African countries are striving for bringing forth their own human rights document, the African Charter on Human and Peoples’ Rights, or the African Charter, in short. And certain Western nations with a history of slaughtering Africans and snatching them away from their homelands for enslavement appear to be the foremost advocates of a forced labor ban. It is our hope that this situation does not give way to a new policy of colonization, and that it leads to positive steps to be taken for Africa.

Africa’s history and the concern to preserve the culture and existence of myriad non-national communities render the first three items understandable. However, the fourth item draws a line between all these: The expression stating that various methods can easily restrict the implementation of the Charter is quite disconcerting. Although it is a fact that this expression was included with certain reservations in mind, it is crucial that this situation does not take on a form that will grant certain privileges to different groups.

Africa is indeed fraught with problems on many fronts. African countries are faced with numerous internal conflicts and as a result, we encounter widespread human rights violations. Establishing a mechanism by keeping this situation in mind is one of the more positive aspects of the Charter. However, it is highly important that these mechanisms are not exploited.

In the case of widespread violations, a specially assigned commission can investigate the violation claims under the name of “special case” and refer the issue to the Pan-African Parliament if necessary; if the Pan-African Parliament reaches a decision, the Commission then can investigate the claimed widespread violations and present a report on the issue. To date, the Commission has accepted important decisions on subjects such as free elections, fair trial, conditions of arrest, torture and capital punishment.

Another one of the most significant developments in Africa with regard to human rights is the foundation of the African Court of Justice and Human Rights. The African Court of Justice and Human Rights is authorized to hear the cases and disputes regarding almost all the human right documents acknowledged throughout the African continent. However the states that are party to the Court can make an application via the Pan-African Parliament and other organs authorized by the Parliament. In addition, the African Commission, the Committee of Experts on the Rights and Welfare of Children as well as many human rights institutions and non-governmental organizations can also apply to the Court.

However, individuals and all non-governmental organizations in general are not openly given an opportunity to apply to the Court. This can be defined as a weak point in the path of ever-strengthening human rights on the continent.

However, according to the European Convention on Human Rights, a citizen of any European country can bring any right violations before the court. This, in turn, ensures that countries will exercise restraint in their treatment of their citizens.

However, every person does not enjoy such a right on the African continent, where conflicts are widespread and people do not feel safe. Human rights can only be protected to a certain extent. This situation leads to the following conclusion: Safety is the prerequisite for the human rights to take root in Africa. Once security is ensured, the basis that is necessary for the development of the country and its people to live in peace and prosperity can be provided easily. The advancement of human rights and people living in true freedom and democracy can be achieved through regulations to be made thereafter. What is essential is to set the people of Africa, who have lived under fear and oppression for years, free from the atmosphere of terror they are in and not tolerate those who strive towards exploiting these lands.

In order for this to be achieved, it is necessary to ensure that the African Union can implement strong and meaningful sanctions in cases of violations without discrimination. A stronger African Union that is committed to Human Rights will be the assurance of a safe Africa.