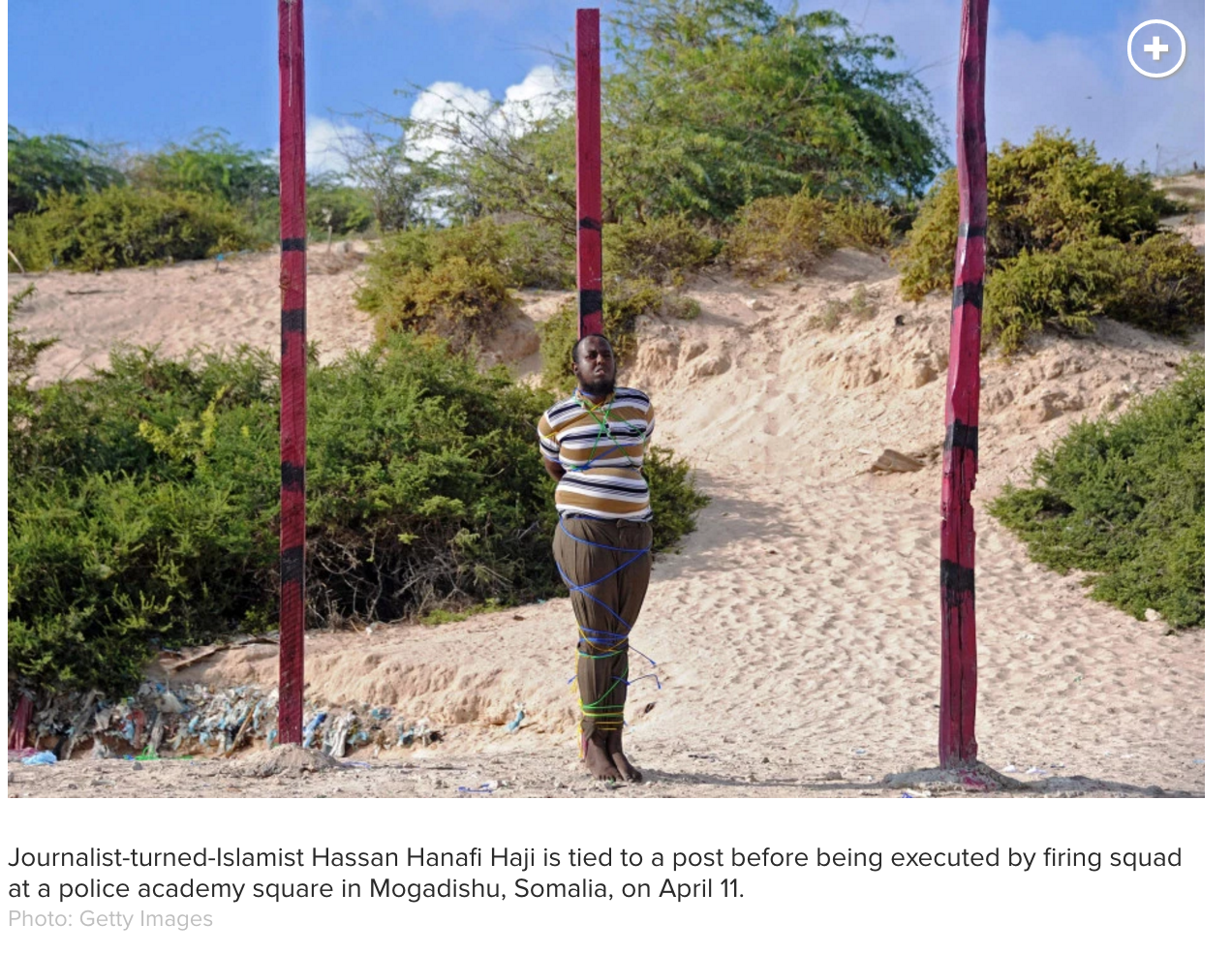 A former journalist who joined the Islamic extremist group al-Shabab was executed in Somalia’s capital for the killings of five Somali journalists.

Hassan Hanafi Haji, who was extradited from Kenya last year on the request of the Somali government, was killed by firing squad at a police academy in Mogadishu on Monday. Firing squad is the only execution method in Somalia. Read full on AP

It has been strongly suggested that only terrorists who have not participated in rape or murder should be granted re-integration opportunities, anyone who has killed or raped should be given capital sentences.

“(2) without prejudice to sub-section (2) of this section, where death results from any terrorist act, the penalty shall be death sentence.”

In an amazing and dangerous turn, the EU has committed N20billion for Buhari to re-integrate and reinsert killer and rapist Boko Haram terrorists into Nigerian society. Read that here.