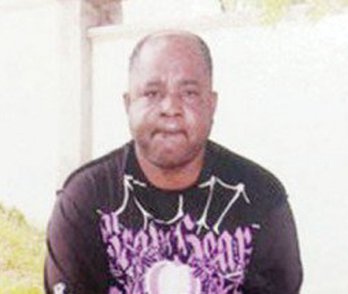 Wahab Jinadu, a House of Representatives candidate contesting the Ibeju Lekki Federal Constituency in the 2015 elections has been arrested for alleged pipeline vandalism by operatives of the Inspector-General of Police (IGP) Task Force on Anti-Pipeline Vandalism at Ifote village in Obafemi/Owode Local Government (LGA) of Ogun State.

Jinadu is being linked to the siphoning of petroleum products worth millions of naira from vandalised Nigerian National Petroleum Corporation (NNPC) pipeline within Lagos and Ogun states.

A report made available in The Nation newspaper described Jinadu as one of the most wanted pipeline vandals, who had been arrested and arraigned three times for the same offence but discharged and acquitted on each occasion.

Head of the IGP task force, Mr Friday Ibadin, an Assistant Commissioner of Police (ACP), while speaking on Jinadu’s arrest said the detectives acted on an intelligence report that he was back and operating with his boys at Ogere in Ogun State.

His words: “Detectives led by Ogere sector commander, Mr Shakwallo Philemon, an Assistant Superintendent (ASP), stormed the area and arrested him. They also recovered three big valves already mounted on NNPC right of way in Ogere. This is the fourth time Junaid would be arrested by the police.”

Speaking further, Mr Philemon said the detectives are still on the trail of his accomplices who are still at large while Junaid would be arraigned before a competent court of law and would face the wrath of the law.

However, Junaid, said he was seeking means of making fast money after being nominated by his people to represent them at the House of Representatives in 2015. He also revealed that though he was arrested for same offence years back, but stopped anything that has to do with pipeline vandalisation when he regained his freedom in 2012.

“I was discharged and acquitted. In 2010, I was also arrested at Epe and after several months, I regained my freedom again. The third time was in 2012, when policemen from FESTAC Division arrested and arraigned me in court. I was able to secure my freedom because of the calibre of lawyers that stood for me,” said Junaid.

Speaking on his arrest, Junaid said: “The slot for the House of Representatives was zoned to my area, Ibeju Lekki constituency; I am one of those who have the best opportunities to contest and win the election. I was told to go and look for money to sponsor my campaigns.

“I called my friend Oloje, a vandal, who informed me that the area is calm and that I can come and lift some trucks. I was waiting with the tanks to lift the product when policemen arrested me. I guess it is my enemies who are bitter that I was anointed for Ibeju Lekki constituency at the House of Representatives in 2015 that informed the police. As I speak to you, no one knows that I have been arrested. Please forgive me and give me another chance to represent my people in the House of Representatives’’

Junaid, who claims to be veterinary doctor, said he ventured into pipeline vandalisation because of low patronage for his profession.

He said: “I am a graduate and I read Botanical Science and Animal Rearing. It’s just that people no longer patronise us and I had to change my profession. I am sorry and I promise that as soon as I am elected, I will assist the police in their war against pipeline vandalisation.”