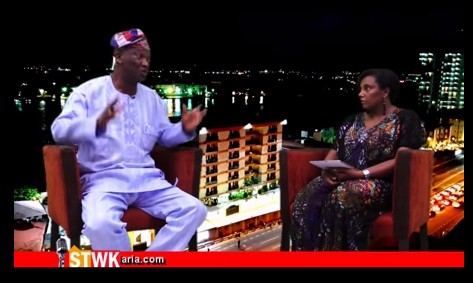 The disturbing video below shows the Lagos state governorship candidate in a frightening light. Jimi Agbaje is seen as Kadaria Ahmed expressed, fear mongering to promote his ambition and that of president Goodluck Jonathan.

In the video Jimi Agbage reiterated his threat that if Jonathan is not given a second term for a total of 12 years in Aso rock, they will unleash terror on Nigeria. (It is now known that Nigerians were not cowered by his threats and voted to change the government with the collective determination of the people defeating the terror threats of the mongering few).