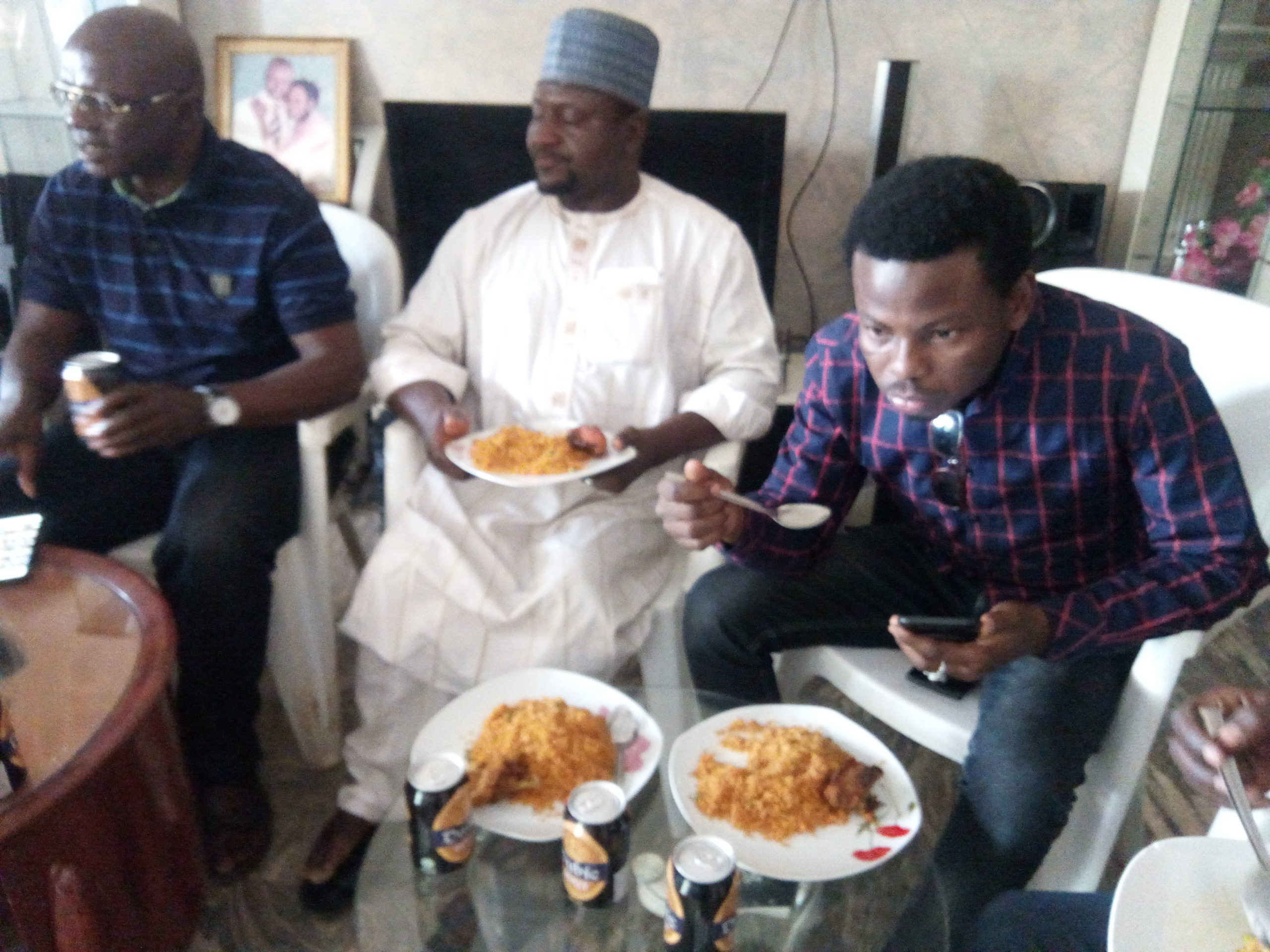 Large number of  Muslims in Kaduna  stormed pastor Yohanna Buru houses with the aims of joining  their Christian counterparts to break the lent fast in a bid to strengthen peaceful coexistence, religious tolerance and better understanding among different faith base organization.

Buru reiterated the need for religion harmony in the state in order to poster peace and economy status of the state.

He thanked muslims for honoring the invitation to breakfast together and called on the media to always strive harder to promote peace related course within and outside the state the state,so that efforts of good people and government could be appreciated.

“We must always remember that inter-religious dialogue is gaining momentum and importance at both national and international levels.”

“Inter-religious dialogue is perhaps more important in Nigeria than anywhere else, simply because Nigeria is the most populous country in the African continent, and it is moreover, a pluralistic and multi-religious society, which is mainly dominated by Islam and Christianity.”

“We must learnt to forgive each other on places Christians and muslims hurts each other to live in peace and unity.”

The Christian clerics added  “For peace and understanding to be achieved, Muslims and Christians have to join hands and be their brothers’ keepers as that is the only way to salvage the country, but when the two major religions are at war with each other, no meaningful development can be achieved.

He note that the aim of inviting the Muslims to break the fast with Christians is to promote peace and understanding among different faith organization with a view to addressing some religious misunderstandings between the two religions.”

The significance of the Lent, including Ash Wednesday, was in reminding Christian faithful that they were made up of dust and that unto dust they must return, and hence should fast, pray, and forgive.

“We must remember that we are from one family under God *Adam and eve*, and we both worship one God, believing in both Qur’an and Bible.”

Addressing the gathering, also  Mallam Rilwanu Abdullahi, the national chairman of Beyond the border of disability in Nigeria said they are here to join Christians in breaking fast with the aims of promoting unity among Good citizens of Nigeria.

Rilwani used the opportunity to call on the people of the state to embrace peaceful co-existance without been based on religion ground.

He said, God has already joined us together and not by ours serves, it is therefore important to fear God and put away malicious intentions because it will not take us anywhere..

Mallam Gamo Abdullahi is one the Barnawa youth leader in kaduna state that represented his group to the breakfast.

He emphases on the importance of forgiveness among multi-religious organization while stressing on dialoguing as the way to end  crisis bedeviling peace stability in the state.

Evangelist Jonathan  called on more Christians to used the lent period for peace stability in the country.

While appealing the wealthy individuals to support the needy at this period, so as to enabled have enough food throughout the lent season.

In her own message Hajiya Ramatu Tijjani ,an interfaith specialist in Nigeria has called on Christians all over the planet to used the 40 days fasting in praying for peace

While emphasizing on Tolerance between muslims and Christians,she also calls for the creation of institutes of comparative studies,so as to enabled citizens learnt to accommodate with any one irrespective of his tribe, religion, culture, etc.