Like Abacha, Nigeria’s Rogue Ruler Is Ousted By COVID-19 By Emmanuel Ogebe 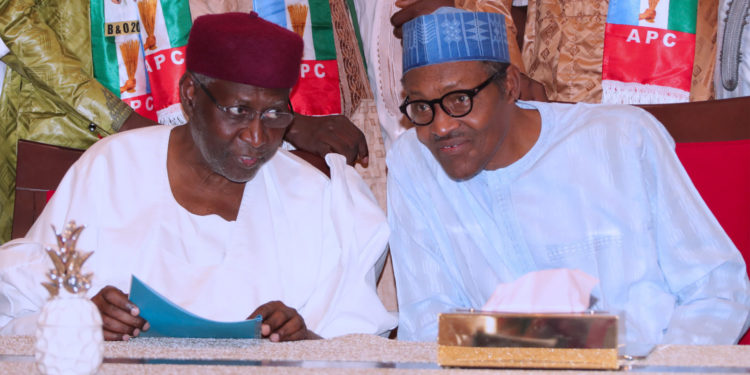 Nigeria has the tragic distinction of being a nation whose citizens rejoice when their rulers die of natural causes.

The deaths of maximum dictator Gen. Sani Abacha who killed and imprisoned many including myself and the death of Yar’adua who’s secretive cabal also threatened my life were greeted with joy and relief respectively.

The news of the demise of Abba Kyari, Chief of staff to MG Buhari and de facto president in his own right unfortunately reconfirms this sad historical trend.

Abba Kyari was a brilliant lawyer who reportedly made a first class studying abroad.  However he utilized his knowledge and intellect not for the betterment of his nation but for the battering of his nation through the most lawless and foolish government ever.

Kyari reigned Supreme as the only unelected non-military person ever to completely arrogate powers of state to himself.

He was implicated in collecting bribes from MTN a foreign company that jeopardized national security by non-compliance with our laws and shortchanged Nigerians of billions of dollars in fines.

Kyari who appointed himself on the board of NNPC also appointed his daughter Vice President of Nigeria’s Sovereign Wealth Fund. In effect, his nuclear family alone was in charge of both Nigeria’s income generation agency and Nigeria’s savings agency.

Kyari was implicated in the shameless auctioning of ministerial posts that brought in the most lackluster and uninspiring cabinet in the history of Nigeria which even included a General indicted for stealing public funds during the Abacha regime.

Kyari then decreed via president Buhari that ministers must see Kyari instead of him.

But Kyari was not just a corporate thief. He stole from the poor too. A relative of Kyari’s who’s father reportedly helped raise him fingered Kyari for duping him in a contract scam. The victim relative who was an IDP and the police officer who investigated his claim were imprisoned and persecuted by the untouchable Kyari.

Under Kyari, the legitimate Chief Justice of Nigeria was unconstitutionally usurped, national elections were hijacked and rigged and the Vice President of Nigeria was permanently quarantined. Kyari will go down in historic infamy as the only man to have surreptitiously and effectively removed a Vice President, a Chief Justice and a President in a democracy – leaving a carcass of a government and a nation behind.

Kyari had the blood of countless Nigerians on his hands according to the NSA, with whom he had a public feud, because of his meddling in the war against terrorism.

From the above resume of wickedness, lawlessness and maximum impunity, it is clear why it will be difficult for Nigerians to moan the passing of a man whom they did not elect but who misruled them with utter contempt and shameless arrogance.

The only redemptive thing about Kyari’s rule is that he managed not to infect several western ambassadors who had the misfortune of meeting him recently. Fortunately, some of these ambassadors have completed their 14 day self-isolation in Abuja without incident.

Kyari’s self-importance was so much that even the military boys at the war front and foreign ambassadors in Abuja were all impacted by his overweening presence.

For a cabal that has disemboweled our democracy from the inside out, this is a major loss for them. For the populace held down and raped by a vicious and unpopular regime, this is not a loss but a plus – that God in heaven rules in the affairs of men.

If we must shed tears for Kyari, then know this:
“As long as our rulers pretend to govern, the people will pretend to mourn.”

Let us be very clear about this,  the good book says, “when the righteous prosper, the city rejoices but when the wicked perish, there are shouts of joy.”

Let everyone ascertain for themselves whom the cap fits.

I call on the remnants of the cabal to surrender power back to the de jure rulers, in the fear of God, and to release Vice President Osinbajo from banishment.

1 million Chinese doctors cannot reverse the hand of God. Therefore kindly fear God and do right by his people – the citizens of Nigeria – and govern well and justly for the benefit of all.

May God have mercy on us all.

Ganduje Sacks Commissioner For Being Among Nigerians ...