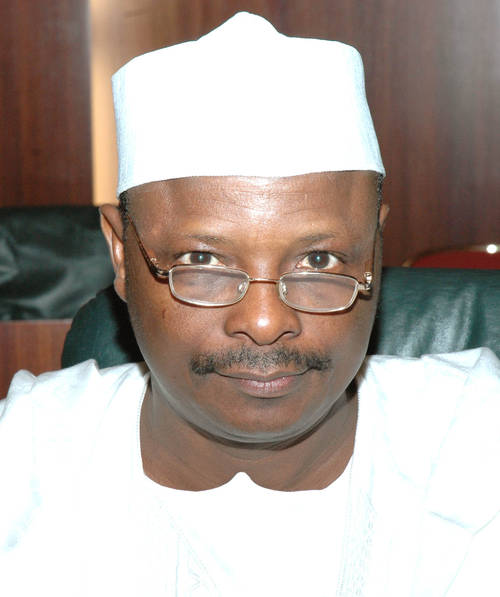 Kano State Governor Rabiu Musa Kwankwaso has alleged that the presidency could be plotting to hold a referendum on the new constitution that emerged at the end of the National Conference in order to actualize a lifetime tenure ambition for President Goodluck Jonathan.

The governor in an interview with newsmen in his office Wednesday described plans to impose a new constitution on the country as a very dangerous development that could cause serious crisis.

“From the information I have, backers of the new constitution are saying that those who are opposing the idea, who are mostly from the North are a minority, which is not correct. So, tomorrow, they will force it down the throats of Nigerians by all means and the next thing is to start a kangaroo referendum, cook up the figures like they did in Ekiti and force themselves on us. I don’t think that is good enough,” he said.

Kwankwaso said it is unfortunate that the presidency and its supporters are busy plotting ways of elongating the president’s tenure when ordinary Nigerians are languishing in poverty, illiteracy and insecurity.

“Everyday people are being killed and maimed, properties are being destroyed and as we are sitting, the people of Borno are now living on hills, rocks and in forests while many of them are in Cameroon, Chad and  Niger. But we are not talking about them, what we are talking about here is how to extend the duration of Mr. President’s term to a lifetime presidency. I am sure that some parts of this country now have flags other than the green-white-green. This is terribly unfortunate,” he added.

He said as a person who has travelled to different parts of the world, he believes that no country would accept a leadership that could not handle even 10 percent of the problems that are besetting Nigeria.

“We want to make our position very clear to them and to the entire world that we believe just like they do that what is happening now is so dangerous not only to Nigeria but to our neighbours and I believe the consequences will cut across the continent. That is why we are appealing to the delegates whether from the North, South, Christians, Muslims, Ibo, Yoruba, Hausa and any other tribe to help this country by rejecting this new constitution, because it won’t help the country, its authors and anybody in the country,” he said.

“All people who love this country and clearly understand the situation we are in today, know the likely consequences of the new constitution which the Villa wants to use to start eight years from 2015”, he added.

The governor said the presidency decided to smuggle the new constitution through the national confab after all efforts to introduce the idea of a seven-year single tenure was rejected by the National Assembly, adding that the emergence of the new constitution has confirmed his earlier predictions.

“We a have seen some of the provisions in it, especially the issue of the seven-year single term which has resurfaced after it was kicked out like polio and Ebola by the National Assembly; the issue of 50 percent derivation, the scrapping of 774 local governments, the listing of 18 additional states and the limiting of the ministers to 18,” he said.