Typical of the entertainment industry, a top Nigerian blogger, Linda Ikeji made fun of a picture of Dr. Peregrino Brimah, protesting over the looted $20 billion national oil revenue at the Nigerian embassy in New York on February 22nd, 2014. See: LindaIkaji :

“LMAO. Some people will not kill me with lafta. Where’s our N20billion ooo? Lol”

Sadly, Linda did not even know Nigeria had lost over $20 billion (United States dollars), on February 25th when she posted the image. She said, N20 billion (naira). Commentators on her blog corrected her politely:

A lot about the state of Nigeria’s youth can be read from this. $20 billion missing funds has been the reason for global protests as reported by media worldwide. The scandal involving the NNPC and federal government of Nigeria has put Nigeria’s fragile democracy on the edge, yet our youth do not know this money is missing and make fun of a protest for N20billion, which is even too large a sum to go missing and should warrant as fervent protest.

Yes, that’s Nigeria. Join to laugh away your future.

Following her cue, one Ndubuisi said…

Anonymous said…  Because we are people without much sense and hide our ignorance under jokes and everything in between.

Others of note were:

Anonymous said… This dude is a Legend!!

SaphicDerrida said…  How is this funny for pete’s sake?

Anonymous said…  You are so dumb is unbelievable. It’s sad that you are the future of Nigeria. Confirms to me that Nigeria is gone

#WhereIsOurMoney protests have continued across the world as Nigeria’s minister of the economy admitted to BBC that she did not know where the money is and more billions have been found missing.

Below are more images of the protest and text of the flyers distributed to everyone who went in and out of the embassy through out the evening. 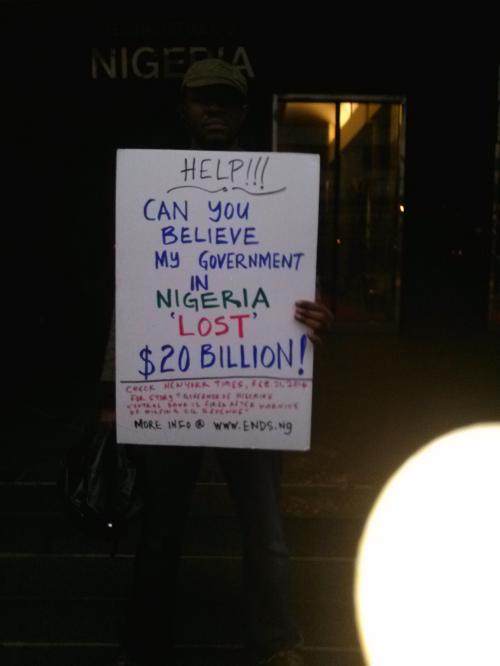 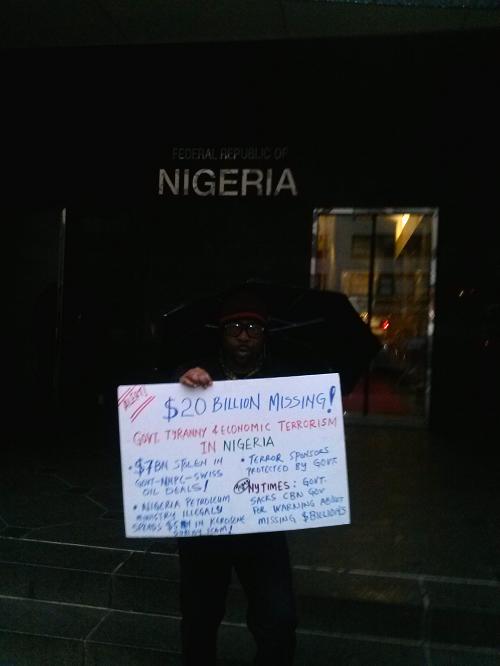 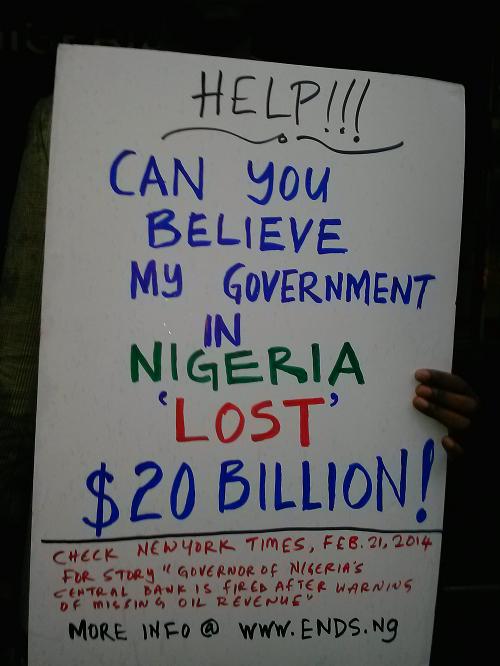 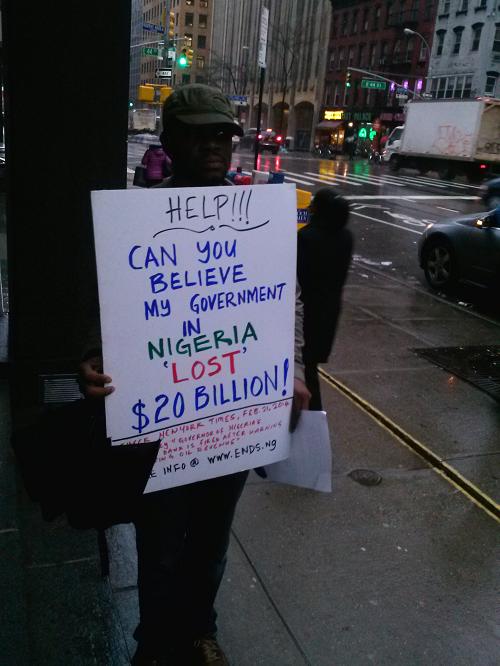 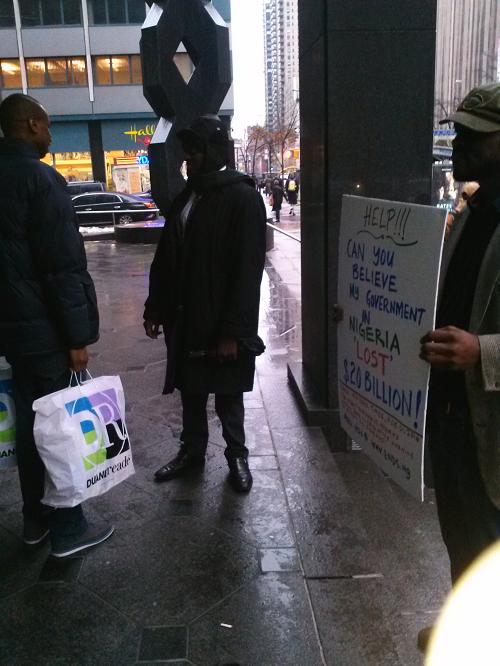 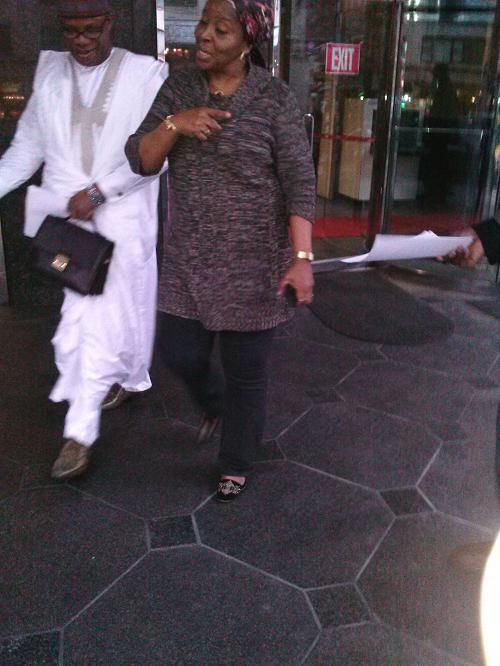 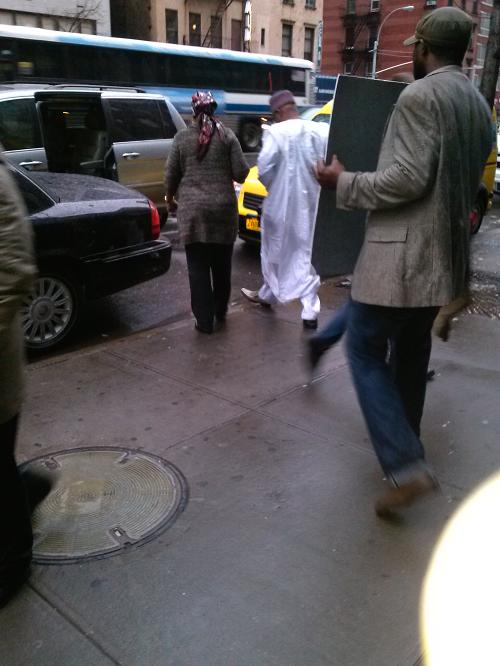 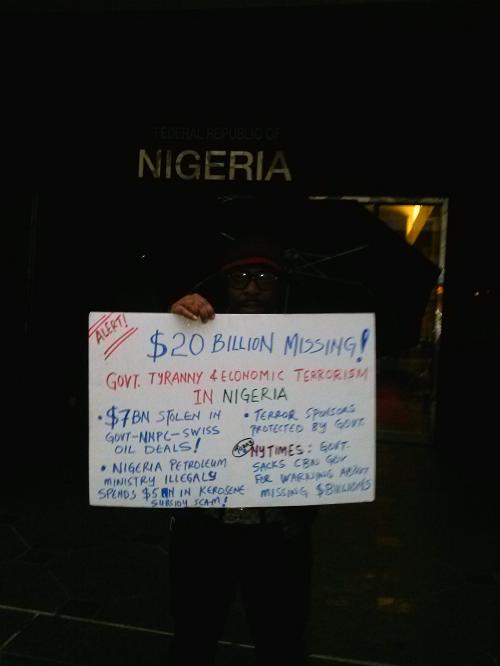