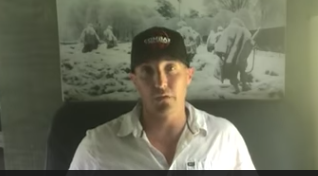 The U.S. Marine relieved of his command for calling out his superiors over the disastrous Afghanistan withdrawal that led to the deaths of 13 service members said Sunday he was officially resigning.

In a tell-all video posted on social media, Lt. Col. Stuart Scheller acknowledged he was sacrificing a comfortable retirement by criticizing the way the withdrawal was handled.

“I could stay in the Marine Corps for another three years, but I don’t think that’s the path I’m on. I’m resigning my commission as a United States Marine, effective now,” Scheller said. “I am forfeiting retirements, all entitlements, I don’t want a single dollar. I don’t want any money from the VA. I don’t want any VA benefits [even though] I’m sure I’m entitled 100%.”

Scheller ignited a firestorm of controversy Thursday for posting a less than five-minute video in which he went after top military brass for not taking responsibility over an ISIS attack in Afghanistan that resulted in the deaths of 11 Marines, an Army soldier, a Navy corpsman and 169 Afghans. READ FULL