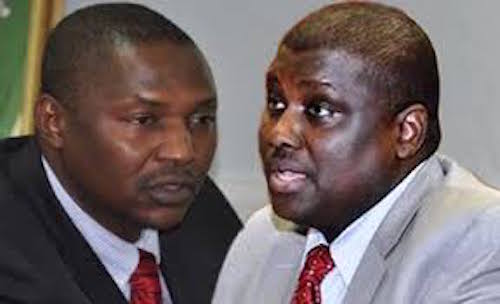 The complexion of the Senate probe into the controversial reinstatement of fugitive ex-pension reform task force boss, Abdulrasheed Maina, into the federal civil service appeared to have changed dramatically.

The Senate committee investigating the circumstances surrounding the reinstatement reported on Thursday that the task force headed by Mr. Maina recovered about 222 houses and investments from pension suspects in Abuja and other major cities across the country, and asked for more time to complete its probe.

The chairman of the committee, Emmanuel Paulker (PDP-Delta), said the committee was unable to tender a report due to complexities involved in the issue and fresh revelations which emanated in the course of the investigation.

Mr. Paulker said the committee discovered some issues which are beyond its mandate and thus, requires the leave of the Senate to cover them.

“And since this mandate did not cover that aspect of resolution, I want to come under order 42 and 52 so that the standing committee can now come up with a motion that Senate can now empower them to expand her mandate to cover this.”

Mr. Paulker said the presidential task force headed by Mr. Maina recovered about 222 houses and investments from pension suspects in Abuja and other major cities across the country.

“The reform Maina led recovered assets from pension looters working with the EFCC, ICPC, DSS, police and paramilitary agency staff and then EFCC took charge of the recovered assets,” he said.

“The total recovered assets seized from allegedly pension thieves were reported to have been allegedly shared by some interest groups. The committee equally received a petition in respect of the recovered properties by the task force.”

The Senate empowered the committee to further investigate the circumstances surrounding the properties recovered by the defunct pension task force and report in four weeks.

The Senate also mandated the committee to report its findings on circumstances surrounding his reinstatement and promotion in two weeks.