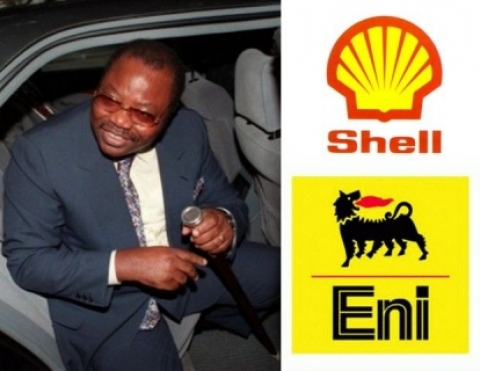 Global oil giant, Shell, has been forced to admit that it knew it was paying bribes to Nigerian government officials during the transaction for OPL 245. Shell, which had consistently denied wrongdoing, on Monday, admitted that the transaction lacked fidelity.

On Sunday, Global Witness and Finance Uncovered exposed freshly leaked emails showing that Shell knowingly participated in a massive bribery scheme for one of Africa’s most valuable oil blocks, which robbed Nigerians of $1.1billion.

Global Witness’ investigations into the transaction exposed how Shell’s top decision makers knew that the money they paid for oil block OPL 245 would go to Mr. Dan Etete, a former oil minister and convicted money launderer,  via his Malabu company, rather than to the Nigerian people.     Other government officials, including former President Goodluck Jonathan and Mr.Mohamned Bello Adoke, former Attorney- General, have been named in investigations as beneficiaries of the bribes.

For six years, Shell consistently denied any wrongdoing, saying it only paid the Nigerian government. But in a statement to the New York Times on Monday, Mr. Andy Norman, Shell’s Vice President for Global Media Relations said: “Over time, it became clear to us that Etete (Dan) was involved in Malabu and that the only way to resolve the impasse through a negotiated settlement was to engage with Etete and Malabu, whether we liked it or not.”

He added Shell knew that the Nigerian government “would compensate Malabu to settle its claim on the block”.

According to Simon Taylor, founder of Global Witness, the volte face presents Shell as a duplicitous entity.

“This is a huge U-turn that reveals Shell’s duplicity. For six years, it has asserted it only paid the Nigerian government, insisting it has ‘never been anything but transparent’ about the deal for the oil block, and that its actions were ‘morally OK’.

“Now its private emails have come to light, Shell has admitted it dealt with Etete – a convicted money launderer – to ensure it got its hands on this valuable oil block, at the expense of the Nigerian people. This shows that Shell has not only knowingly deprived a country of life-saving funds but has repeatedly misled its investors and the broader public over this corrupt deal,” said Taylor. When contacted on Monday by Global Witness, Mr.  Norman said he had nothing to add to what he said in the statement to New York Times.