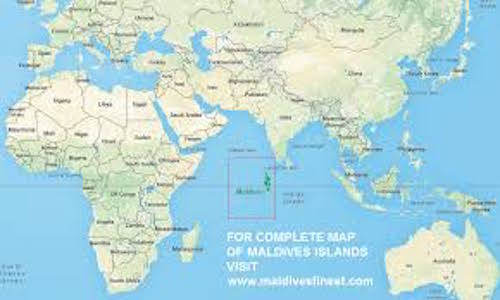 The government of Abdulla Yameen has decided to sell the Faafu atoll to Saudi Arabia. The move will give the entire territorial control of the land to the Saudis.

Faafu is one of 26 atolls in the Maldives. Saudi Arabia’s King Salman bin Abdulaziz Al Saud will travel to Maldives soon.

The Maldivian opposition decried the move, saying the people’s consent was not taken.

Timeline: Wahhabis and Salafis Rise of religious fundamentalism in Maldives

The rise of Salafism in the Maldives has been widely discussed in the last 5 years.

Wahhabi ideology has also begun steadily permeating into Maldivian society. Though Wahhabism and Salafism advocate the same fundamentalist Islamic principles, Wahhabism is a relatively younger form of Islam that originated in Saudi Arabia.

It is the dominant faith of Saudi Arabia.

Fact: What is Wahhabism?

Wahhabism is a form of Islam which originated in Saudia Arabia. It believes in strict adherence to Koranic principles and believes that any Muslim who doesn’t follow Wahhabi principles is an enemy of the faith. Analysts point out several linkages to Wahhabi ideology and terrorism.

The Society for the Study of Peace and Conflict stated that since 2013, between 200-250 Maldivian citizens have joined ISIS and are in Syria or Iraq; other estimates put the number at 100-150.

Several Maldivian youth affiliated to al-Qaeda and LeT have been arrested in India and Sri Lanka as well.

Maldives has the highest per-capita number of fighters alongside ISIS in Syria.

The Maldivian government amended its constitution to allow foreigners to own entre islands in the state.

The move set alarm bells ringing in India and China as it could lead to creation of new front-line states in the Sino-Indian competition for influence in the region.

A foreign party that invests more than 1 billion in a project can be granted freehold in the area.

The government of Abdulla Yameen has decided to sell the Faafu atoll to Saudi Arabia. The move will give the entire territorial control of the land to the Saudis.

Faafu is one of 26 atolls in the Maldives. Saudi Arabia’s King Salman bin Abdulaziz Al Saud will travel to Maldives soon.

The Maldivian opposition decried the move, saying the people’s consent was not taken.

Cause: Is it a cause for concern?

The Maldivian Democratic Party has stated that Yameen seeks to bring in religious scholars from Saudi Arabia to open up Wahhabi madrassas in the Maldives.

This has raised concerns among moderates in the country, because over 70% of the Maldivian population already ascribes to Wahhabism.

Wahhabism’s links to terrorism, coupled with Maldives’ current problem of youth unemployment and home-grown terrorism is a major concern.

India: Will India have to take a stand?

Maldives is the only country in the region that PM Modi avoided visiting.

India has been opposed to Abdulla Yameen’s policies and has been vocally critical of former President Mohammed Nasheed’s unceremonious detention.

India is of the view that democracy is eroding in the Maldives.

However, with the prospect of Wahhabi schools coming up in the region, India may have to take a stand.