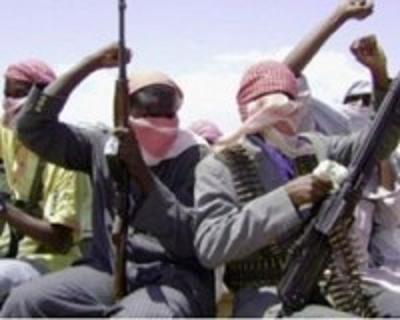 According to a reliable source: “I witnessed the Ganawuri mayhem. I was hiding on top of a big mango tree when the unknown gunmen came.

“When they came, our vigilante group alerted us to take cover and I quickly climbed the mango tree and I saw everything.

“The people were wearing masks and they did not speak, making it difficult to know where they were from. They were shooting at random and when the whole drama was over, I came down from the tree.

“In fact, I was one of the first to arrive the scene. I counted from different points up to 20 dead bodies.”

He added: “The STF personnel concentrated their attention on the massacre in Bokkos and almost rendered us here in Ganawuri impotent, as they thought nothing could happen in Ganawuri.

“But they were deceived. The attackers came on Thursday night and they attacked. Nobody was there to resist them. They had a field day.”

The source added that before STF personnel could come, the havoc had been done.

When contacted Friday for confirmation and comments, Navy Lt. Jude Akpa, who is holding forte for the STF spokesman, Captain Salisu Ibrahim Mustapha, said: “There were unknown gunmen who invaded the community at 11.45pm on Thursday and killed about nine people, leaving three people seriously injured, and they are in the hospital for treatment.

Akpa explained that no arrest was made, adding that the attackers fled immediately the STF personnel arrived the scene.

“Our personnel deployed to the area were the ones who rushed the victims to the hospital. The attackers took the advantage of the happening in Bokkos earlier and struck.”

Another eyewitness said the gunmen came in large numbers and carried very sophisticated weapons, saying: “They were just shooting and were not interested in our property.” Read source