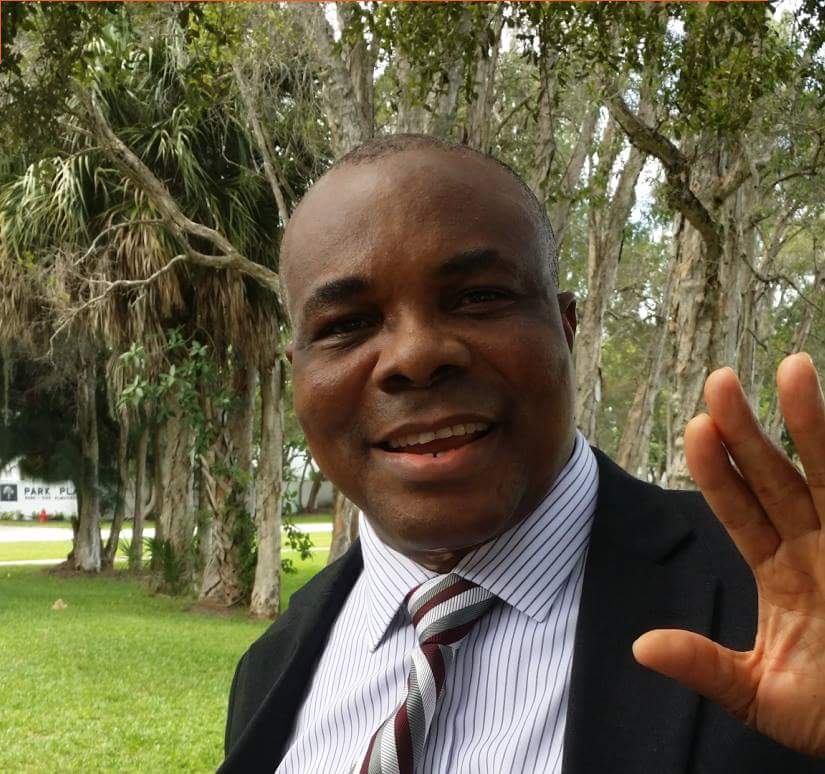 The CUPS organisation is unlike any other human rights organisation in Nigeria’s history. We are lucky and blessed with some of the finest Nigerian minds based at home and scattered around the world. They are our unsung heroes, who worked tirelessly from behind the scenes, for the emancipation of Nigeria and Nigerians during the dark days of Jonathan’s administration. We hope and pray that these fine minds will be persuaded to come home and serve Nigeria in the new dispensation.

Today we introduce an unsung hero going by the name of Dr. Daniel Udo-Akang, who hails from Akwa Ibom state. This is the man who risked everything, including his life, to sue President Barack Obama, over his initial refusal to sanction the tyrannical administration of Goodluck Jonathan. In his Lawsuit filed against President Barack Obama, at the USA District Court of Southern Florida, on 30/1/2015, Dr Daniel made the following serious allegations (See attached Court documents):

1. Nigerian political leaders are looting the national and state treasuries to sponsor Boko Haram who kidnap and slaughter children.

2. The sponsors of Boko Haram are political looters from the South, North, East, and West of Nigeria, who are Jonathan’s government officials.

6. President Obama kept sending USA officials at the expense of American tax payers to go and smile with killers and kidnappers of young girls, and murderers of mothers and fathers (Jonathan’s government).

7. The latest visit by John Kerry to Abuja was a support for Jonathan’s administration, which cannot provide security for its people.

8. Jonathan’s government could not rescue the 278 Chibok girls from the hands of Boko Haram terrorists.

9. Jonathan provided sophisticated weapons to the men in uniform (military, security, and law enforcement agencies) to slaughter its own people.

10. Jonathan’s government is the most corrupt in Nigeria’s history.

11. Over 20,000 Nigerians were slaughtered by Jonathan sponsored terrorists.

12. It would amount to aiding and abetting terrorism if Barack Obama continued to deal with Jonathan’s government.

13. Jonathan’s government had secured PVCs to help it rig the general elections, with a view to perpetuating itself amid security fears.

14. Jonathan’s government did not believe in the dignity of its people.

15. Jonathan’s government was a threat to the national interests of the United States of America.

16. Jonathan had proved to the international community that he was not willing to terminate the Boko Haram insurgency. 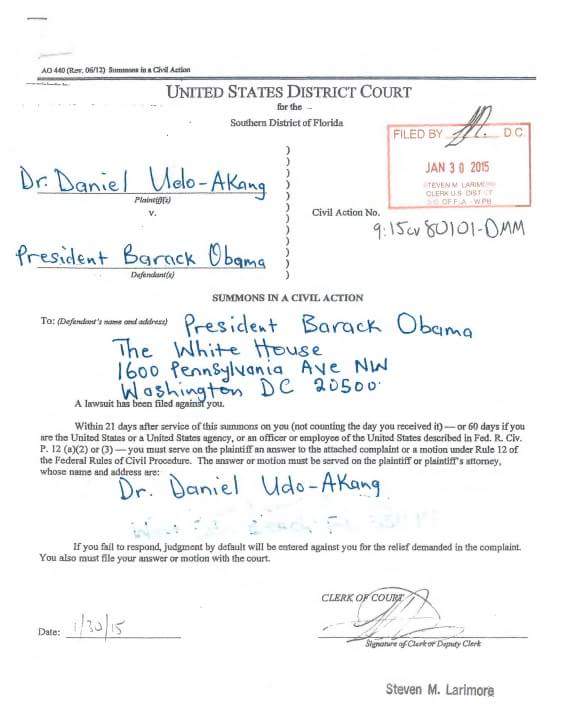 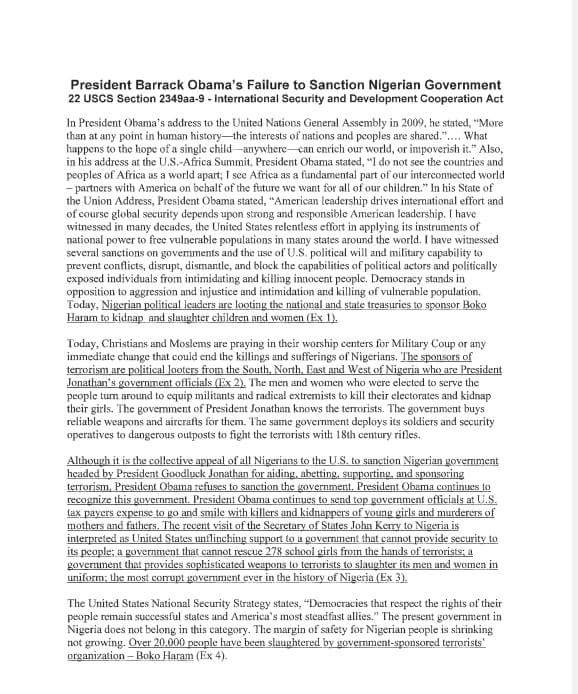 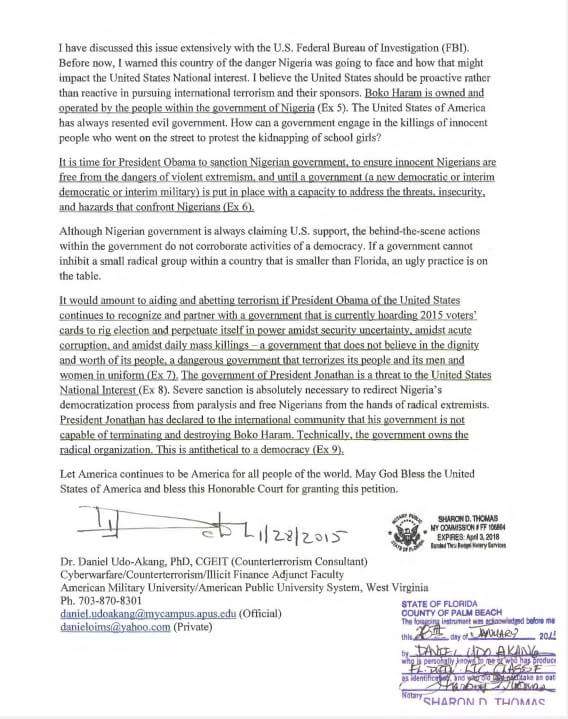 Dr. Daniel Udo-Akang is a Homeland Security and National Security expert, specializing in counterterrorism, Cyberwarfare, and Weapon of Mass Destruction (WMD) counter-proliferation. He earned a BSc degree in Statistics, and MSc degree in Security Management from Bellevue University, Nebraska, USA. He has MA Degree in National Security Studies from American Military University (AMU), West Virginia, and a PhD in Business Administration, specializing in Homeland Security, Leadership and Policy.

Dr. Daniel successfully researched the CIA, FBI, DHS, Secret Service, and other Homeland Security Agencies in the context of Barriers to Institutional consensus and collaboration in the aftermath of 9/11 (PhD Dissertation). He founded and served as principal consultant for Homeland Security Services International. Dr. Daniel is currently teaching Counterterrorism, Cyberwarfare, Weapon of Mass Destruction, and Illicit Finance at American Military University in Adjunct capacity.

Dr. Daniel is also a certified anti – money laundering specialist and a member of the International Association of Law Enforcement Intelligence Analysts. He remains a true patriotic Nigerian and a great CUPSIAN.